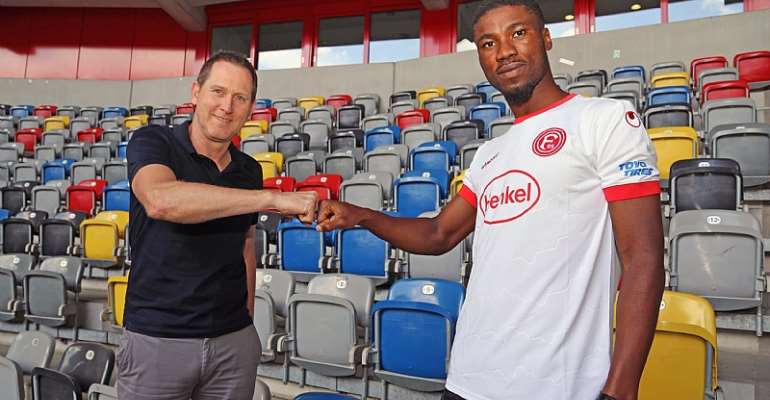 After sealing his transfer to German club Fortuna Düsseldorf, defender Kevin Danso says his goal is to help the club enjoy a successful campaign in the upcoming football season.

The Austrian International with Ghanaian roots has today joined the Fortuna-based club on a season-long loan move from German Bundesliga outfit FC Augsburg.

“Fortuna Düsseldorf has loaned Kevin Danso from FC Augsburg. The 21-year-old central defender, who was last loaned to Premier League club Southampton FC, will initially move to the Rhine for the upcoming 2020/21 season. At Fortuna, he will wear the shirt with the number 4 on his back”, an official statement from the club has said today.

Speaking in his first interview, the versatile defender has noted that he is eager for the new football season to get started.

Meanwhile, Kevin Danso has this afternoon had his first training session with his new teammates as they continue pre-season.