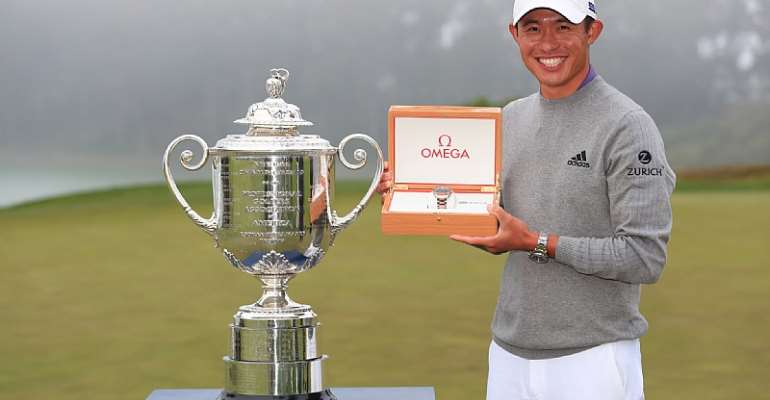 Collin Morikawa produced a superb final round to win the PGA Championship and claim his first major title.

The American world number 12 recorded four birdies and an eagle as he carded 64, enough to end the tournament on 13-under-par.

Seventeen players were within four shots of the lead going into the final day of play, to set-up a highly intriguing end to the major.

At one stage on the back nine six players shared the lead, but Morikawa holed a crucial eagle at the 16th to move two shots clear.

"It's amazing," said Morikawa, who was playing in only his second major and began the day two shots behind Johnson.

"As a little kid, watching all these professionals, this is always what I've wanted to do.

"I felt very comfortable from the start, as an amateur, junior golfer, turning professional last year.

"But to finally close it off and come out here in San Francisco, pretty much my second home where I spent the past four years, it's pretty special."

His chip-in for birdie at the 14th and his superb tee shot at the 16th to set up his eagle, proved to be crucial in his success.

American back-to-back defending champion Brooks Koepka started the day level with Morikawa but had to settle for a share of 29th place after carding a 74, which left him on three-under.

Johnson went round in 68 as he chased his second major, and made do with a share of second place.

The PGA Championship was the first major of the season for the first time since 1971 after the COVID-19 crisis forced a reshuffle of the 2020 calendar.

It was initially scheduled for May and was held without fans.