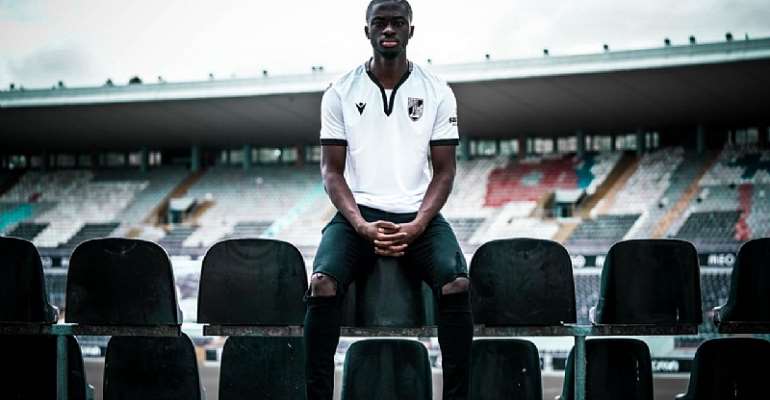 Ghanaian defender, Abdul Mumin says he is confident of a successful campaign with his new club Vitória de Guimarães in the upcoming football season.

The youngster after successful negotiations with the Portuguese Primeira Liga sealed his transfer to the club on Saturday, August 15, 2020, as a free agent.

“Vitória Sport Clube, Futebol SAD announces that it has signed with the player Abdul Mumin a contract valid for the next four sports seasons, also ensuring 100% of the economic rights of the Ghanaian central defender”, a club statement on their official website yesterday.

Speaking in his first interview, the center-back says he is ready for the next chapter of his career as he eyes a successful campaign with his teammates in the 2020/2021 season.

“I expect a very good atmosphere, I felt this in the games I’ve seen from Vitória.

“I am looking forward, I confess. I want to start as soon as possible, I feel it will be a great season for us”, he said.

Speaking on his qualities, the former Right to Dream Academy defender said: “I am a central defender who likes to play. Having the ball is important to me and defensively I am strict, I know that this is essential in a great team”.

Last season, Abdul Mumin spent the campaign with FC Nordsjaelland where he scored 1 goal after featuring in 22 games for the club in the Superliga.

The 22-year old is now eyeing an even better campaign with Vitória de Guimarães when the new season commences.