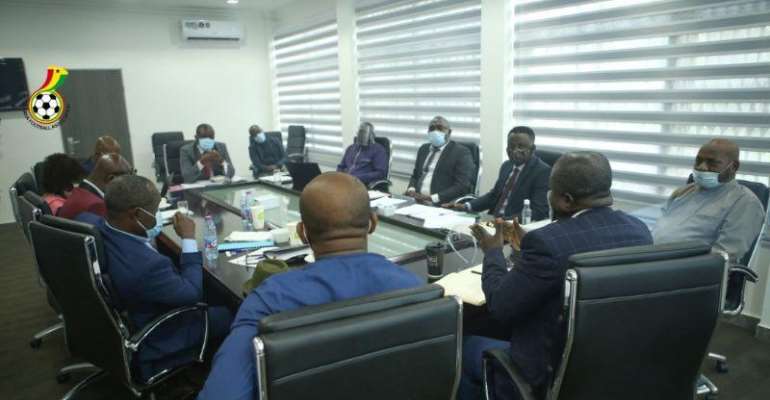 On the same score, the Seventy-two Women’s Division One League clubs across the country will now receive One Thousand and Five Hundred dollars ($1,500) each instead of the Eight Hundred and Twenty-one dollars (US$821) earlier announced. The quantum has therefore been adjusted from Sixty Thousand Dollars (US$60,000) to One Hundred and Nine Thousand, Five Hundred Dollars (US$109,500) as earlier communicated.

The GFA Secretariat will inform the members of the Association of the changes and communicate the decision to the world football governing body, FIFA in due course.

Furthermore, the Executive Council also took a decision to waive fifty per cent (50%) of the remaining loan amount of GHc25,000 owed by each of the Premier League clubs to the GFA.

It would be recalled that the GFA loaned each Premier League club an amount of GHc50,000 before the commencement of the 2019-2020 season.

At the start of Covid-19 pandemic, the GFA waived half of the loan amounting GHc25,000 as GFA Covid-19 Relief to the Premier League clubs.

Thus, upon this second waiver, each Premier League club now owe the GFA only GH12,500 of the outstanding loan.

This loan amount will be deducted from any sponsorship amount received in relation to the Premier League.

The Association also acknowledged and thank the Professional Footballers Association of Ghana (PFAG), for the donation of their share of the funds to the Health Insurance for the players (specifically adding it to the Division One League and Women’s League players)

Clubs and stakeholders are to note that the FIFA COVID-19 Relief fund is yet to be received by the GFA, as the application process is ongoing.

Why appoint an AG-designate who’s interested in disenfranchi...
32 minutes ago