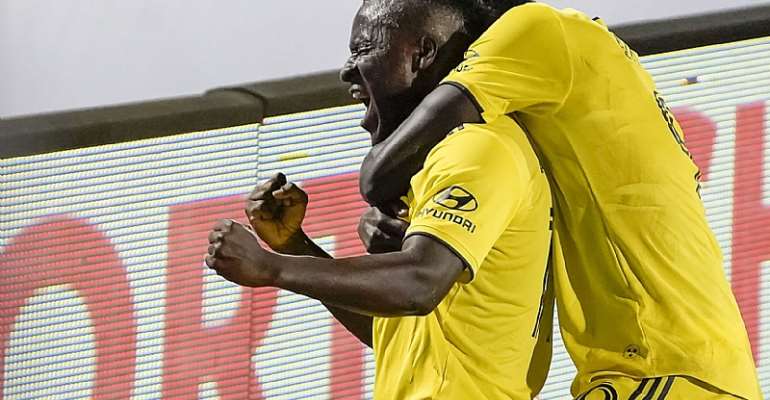 Ghana international, David Accam climbed off the bench on Thursday morning to score a decisive goal for Nashville SC to power the side to a historic win in the USA Major League Soccer (MLS).

The club after sealing promotion to the top-flight league last season has had a difficult start to life in the new environment.

Following a slow start to a Covid-19 ridden campaign, Nashville SC prior to today’s game had lost all of their two previous matches.

In an away clash against FC Dallas at the Toyota Stadium, neither side could find the back of the net before the first half break.

A second half of few chances saw both teams coming close on a couple of occasions before the hour mark.

Just 4 minutes after coming on, the forward displayed good form as he powered a low drive into the back of the net of FC Dallas after he was assisted by Dax McCarty.

That goal eventually sealed a massive 1-0 win for Nashville SC as they earned their first 3 points of the season.

Watch David Accam’s goal in the video below: