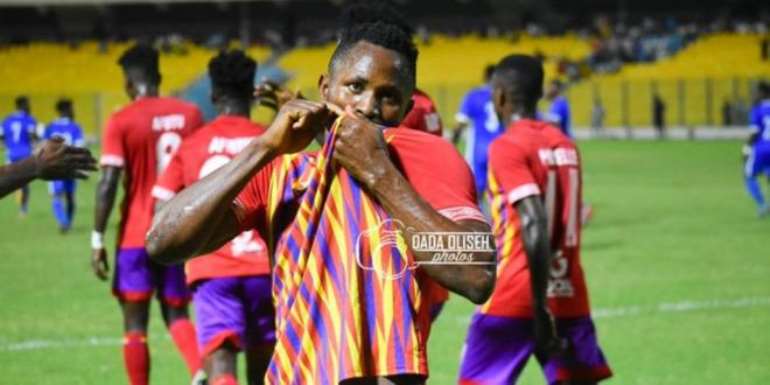 Former Hearts of Oak defender, Benjamin Agyare says he is stunned with the decision of the club to allow striker, Joseph Esso leave the club.

Esso, who joined the Phobians from Ebusua Dwarfs in 2018 has left the club after the club failed to meet the demands of the Black Stars B striker.

Esso, who played 14 games and netted on three occasions in the Premier League last season.

But according to Agyare, the club should have done anything in their power to keep the forward looking at his calibre of player he is.

"Even if Joseph Esso wanted 1 billion a month, Hearts should have agreed," he told Angel FM.

"Esso is a fantastic player and an important player for the club.

"I am really amazed at how they let a player with the calibre of Joseph Esso go. In fact, he was very disappointed at the outcome of the meeting," he added.

Esso was among Ghana's best players at the 2019 Wafu Cup of Nations in Senegal where he netted twice to help the side finish as runners-up.

Defenders Benjamin Agyare and Christopher Bonney as well as attackers Bernard Arthur and Abubakar Traore, are the other four players who joined Esso through the exit door on Friday.