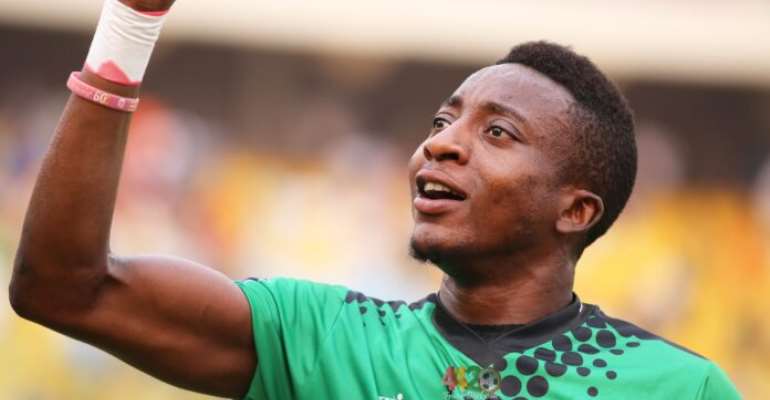 Asante Kotoko goalkeeper, Felix Annan has set his sight on regaining the number one first-choice goalkeeper for Ghana Premier League (GPL) side.

Annan, who was the number choice has struggled for playing time under Maxwell Konadu and has been subsequently relegated to the bench after his wedding early this year.

But according to Annan, he is training and working harder to reclaim the first spot adding that, his target since he joined the ‘Porcupine Warriors’ is to win all trophies available.

“When you are playing for a big club each and every season, your target is to win all trophies on board so for me, I want to win every trophy that is available in the season,” he told GNA Sports.

The Black Stars goalie added that his target had not changed because Kotoko would be playing in the CAF Champions League next season.

“This has been my dream with the club that one day, I would win the Champions League with the club so it is still a target and I will work towards it as long as I with the club,” he mentioned.

The former WAFA safe pair added that his side has what it takes to win the Champions League and that it is all about the team believing in themselves to make it happen.

“Kotoko is a big club and the history behind it is very huge so it’s all about the team coming together because Kotoko is a family and I believe we can do it.”