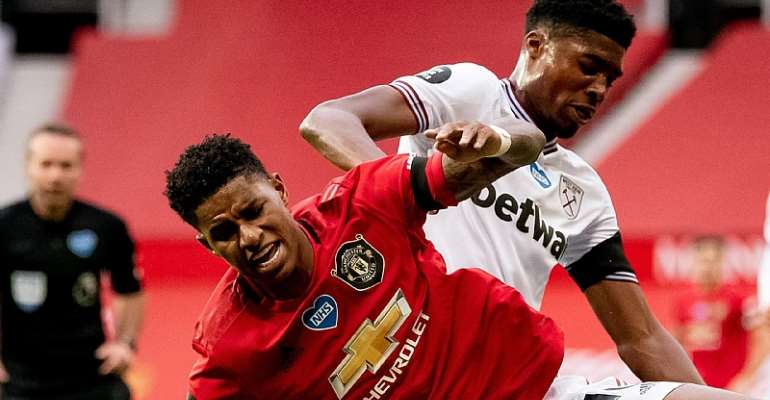 Michail Antonio's penalty was enough to earn West Ham the draw they needed to ensure their Premier League status for another season, while Mason Greenwood’s equaliser means United need a point at Leicester on the final day to secure Champions League football next season.

United actually started the game fairly well, Anthony Martial drawing a decent save from Lukas Fabianski, but as the first half schlepped on, their passing became slower and slower as West Ham grew into the game.

Then, on the stroke of half-time, Timothy Fosu-Mensah scythed through Antonio and when Declan Rice smashed the free-kick at goal, Paul Pogba decided to protect his face was more important than protecting his goal, punching the ball away.

The second half started with United in the ascendancy, and on 51 minutes forced an equaliser.

Good play from Pogba allowed Greenwood to exchange two sets of passes with Anthony Martial, and when Greenwood found himself in front of goal, there was never any doubt as to the outcome.

Both sides did their best to find a winner, but neither side could find the necessary quality.

United, though, will be worried; the zip has left their passing, the speed has left their thought and the legs have vanished from their movement; Leicester will fancy themselves on Sunday and with good reason.