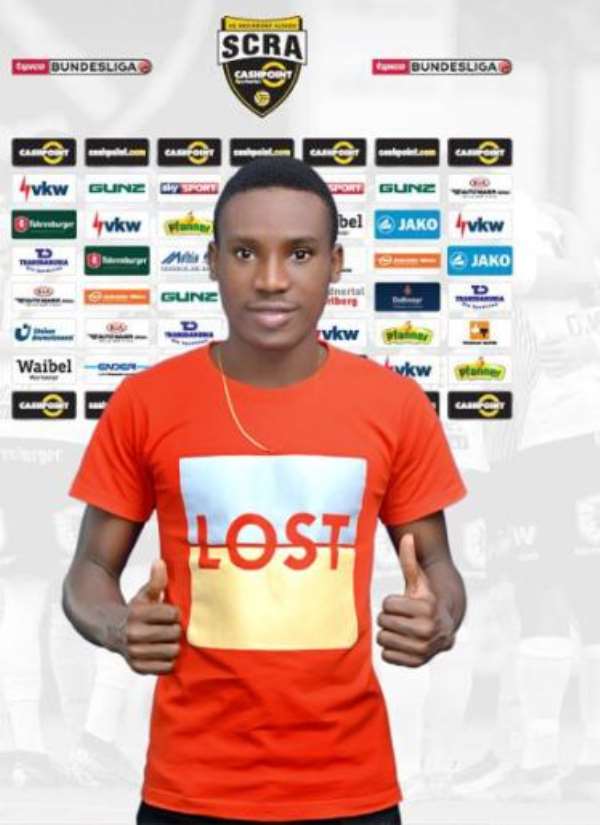 On Monday morning, Medeama Sporting Club announced that the 18-year-old has been transferred to the Austrian Bundesliga club for a one-year loan deal.

Speaking in his first interview, a delighted Nana Kofi Babil has extended his appreciation to SCR Altach for signing him to ensure his dream of playing in Europe becomes a reality.

“Moving to Europe is a dream come true. I would like to thank the SCR Altach in particular for giving me this opportunity”, the lethal striker said.

Nana Babil further stressed that he will work hard to help the club become successful and hopes he gets to develop his game during his time with the side.

“I would like to justify this trust and will do everything I can to help the club to be successful. I have already heard that the SCR Altach is one of the top addresses for the development of young players in Austria and that is why I decided to take this step”, he added.

During the 2019/2020 Ghana Premier League season which was recently canceled, Nana Kofi Babil made 12 appearances where he scored 4 goals and provided 3 assists as well.

He has enormous talent and has been tipped to enjoy a successful stint at SCR Altach.