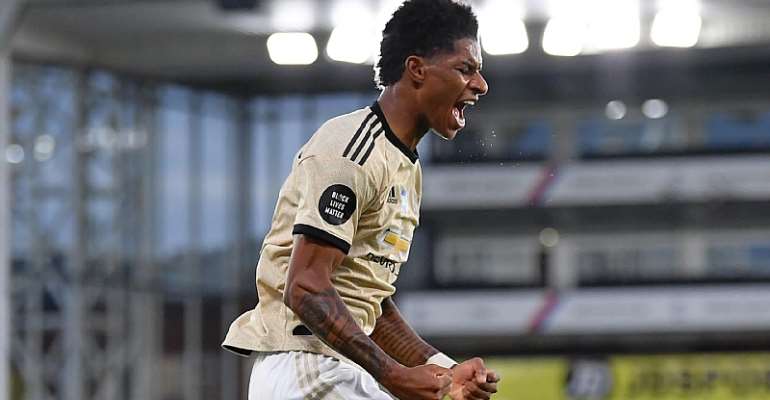 A brilliant goal from Marcus Rashford and another brilliant goal from Anthony Martial hauled Manchester United level on points with Leicester in the fight for the Champions League places. But they looked worryingly tired in the process of being worked extremely hard by Palace, who have now lost six on the spin; they stay 14th, and United fourth.

The first half began slowly, but the tempo increased after the drinks break before, on the stroke of half-time, the game was decided.

First, Victor Lindelof challenged Wilfried Zaha inside the box, tickling ball and folding man; the ref said no penalty, with some justification, but had he adjudged to the contrary, the same would’ve been so.

Then, a minute into injury-time, United struck, Bruno Fernandes injected some pace into an attack and Rashford diddled the entirety of the Palace defence before finishing confidently.

Palace began the second half well and on 55 minutes thought they’d equalised, but VAR showed Jordan Ayew to be a millimetre offside.

And as they plugged away, United looked increasingly menacing on the bench, and sure enough a luscious exchange between Rashford, Fernandes and Martial allowed the Frenchman to finish the game, sadly injuring Patrick van Aanholt in his follow-through.

United disappeared the remainder of the game with confidence and competence, but appear to have lost some of their elan.

Somehow, they need to find some energy from somewhere, because they now face Chelsea at Wembley, before two more crucial league games. Qualified success comes at a price.