Baffour Gyan Offers Advise On How Ghana Can Clinch Afcon 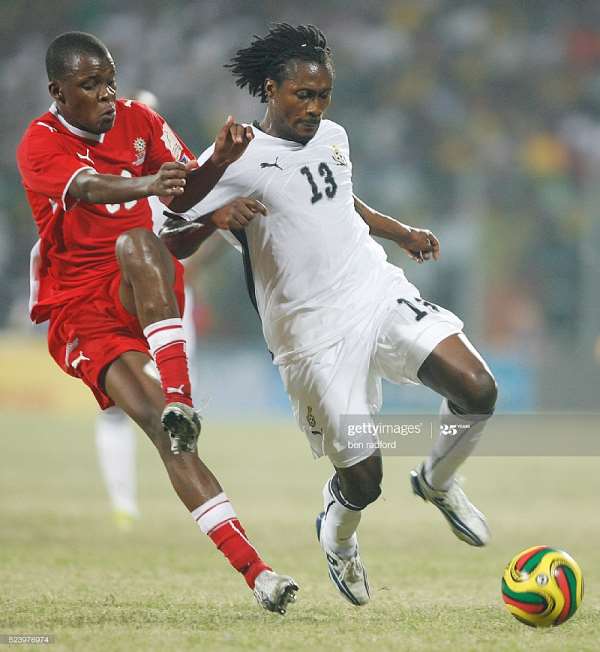 After winning the continent prestigious tournament in 1982, Ghana has struggled to end the trophy drought despite playing the three finals, 1992, 2010 and 2015 respectively.

However, the Ghana Football Association (GFA) have tasked CK Akonnor to win the 2021 Afcon in Cameroon after he was awarded a two-year deal.

But according to the former Asante Kotoko and Dynamo Moscow forward, players must work hard and stay discipline can help end the trophy drought.

"I think hard work and discipline can help win the Africa Cup of Nations," he told Asempa FM.

"We tried winning it during my playing days but we could not achieve what we were expected to achieve."

He also admonished that players must be allowed to play of the Black Stars for years in order to help build a winsome side.

"Players must not come to the Black Stars anyhow," he said. "We must have the purpose of inviting them to play for the country.

"During our time, we hard senior players that we all looked up to so before they leave, we are well trained and acquainted to replace them.

"For me, once we are planning to win the Afcon, this must be taken into consideration and I believe we can win it," he added.

Baffour was a Gyan is a regular for Ghana and was part of the Ghana squad at the 2004 Summer Olympics.

On 18 November 2007, he scored for Ghana in their 2-0 win against Togo in the Pre-2008 African Cup of Nations Tournament held in Accra, Ghana.

He scored 4 goals in 25 International games for Ghana.

1418 killer lamps removed vehicles in one week
49 minutes ago