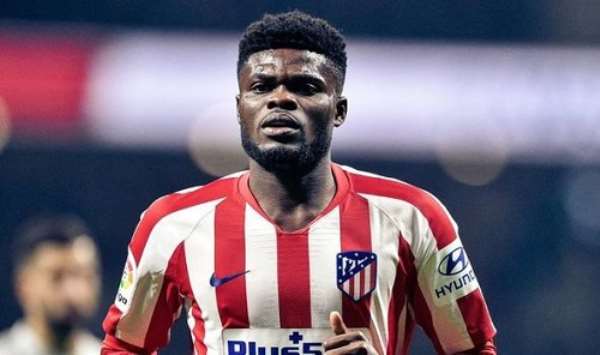 Arsenal boss Arteta is hoping to keep hold of Pierre-Emerick Aubameyang, as well as strengthen his squad in the transfer window.

The Spaniard is expected to get rid of some deadwood at the Emirates too.

And according to 90min, Arsenal are open to selling Guendouzi and Xhaka to make funds for Partey.

Guendouzi, 21, was left out of Arteta's squad for the third consecutive game on Wednesday night as Arsenal hammered Norwich 4-0.

Guendouzi's last appearance for Arsenal came in their 2-1 defeat at Brighton last month, where the midfielder clashed with Neal Maupay, grabbing the striker around the neck at full time.

Arteta has previously disciplined Guendouzi for his attitude and behaviour.

When asked why Guendouzi didn't make his squad for Arsenal's 4-0 win against Norwich, Arteta simply said: "For the same reasons as last week.

"Things have to change and nothing has changed."
Xhaka, meanwhile, has been expected to leave Arsenal since his bust-up with fans earlier this season.

The Switzerland international was stripped of the captaincy, with Xhaka forced to apologise for telling fans to 'f*** off'.

Partey, 27, has a £45m release clause in his Atletico contract.

However, it's understood Arsenal are hoping to agree a fee cheaper than the clause.

Partey is said to be keen to head to the Emirates to team up with Arteta.

The defensive midfielder wants to prove he can play in the Premier League.

A lot has been made of Arsenal's interest in Partey, with the midfielder's Ghana team-mate Kasim Nuhu urging him to head to the Premier League.

“For me, it is his decision because playing in Atletico Madrid is the same as playing in Arsenal.

"The two teams always make the same category in the league fighting for the third and fourth place to play in the Champions League but as we all know the Premiership is the best league in the world so if he joins Arsenal, I will be happy for him.”

‘Sputnik-V procurement contract must be re-examined’ – Kwaku...
48 minutes ago

Getting Sputnik-V vaccines from black market using middlemen...
48 minutes ago