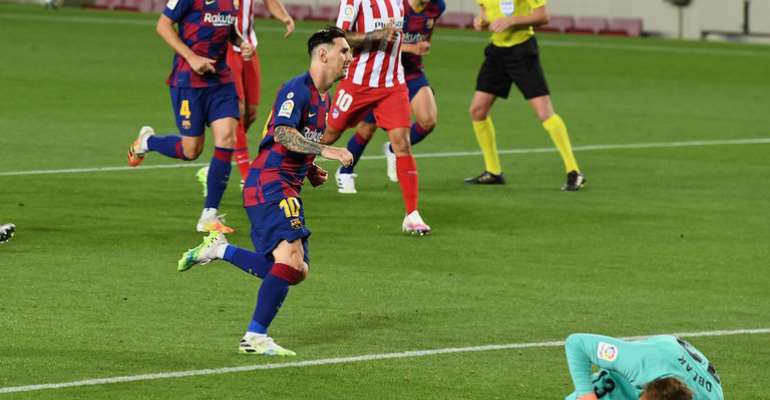 Lionel Messi scored his 700th career goal by converting a second-half penalty for Barcelona against Atletico Madrid at the Camp Nou in La Liga on Tuesday.

Barca's all-time top scorer hit the landmark goal for club and country by netting from the penalty spot to give his side a 2-1 lead in the 50th minute, showing some nerve by chipping the ball into the net to deceive goalkeeper Jan Oblak.

Messi had moved on to 699 goals after netting a penalty against Leganes two weeks ago but drew a blank in his last three matches against Sevilla, Athletic Bilbao and Celta Vigo before finally reaching the milestone against Atletico.

Messi, 33, is Barca's all-time leading scorer with 630 goals for the club where he has spent his entire career while he has netted a record 70 times for Argentina.