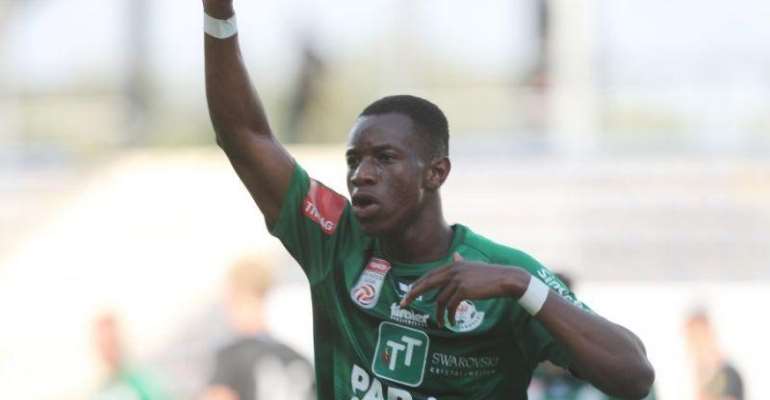 The striker who is a key asset for his club was called into action to feature in a Matchday 26 fixture in the Austrian Bundesliga as the campaign nears its conclusion.

A good start to the encounter at the BSFZ-Arena saw Kelvin Yeboah opening the scoring for Swarovski Tirol on the 36th minute with an assist from Swarovski Tirol.

That equalizer separated the two sides at the end of the first half before an even more eye-catching performance from the away team produced two more goals.

First, Zlatko Dedic scored on the 58th minute to make it 2-0 before Stefan Maierhofer added the 3rd goal four minutes later. That final goal was assisted by Kelvin Yeboah as he went on to be named the ‘Man of the Match’ at the end of the entertaining encounter.

The 20-year-old striker has scored 4 goals this season and has 2 assists after making 21 appearances.