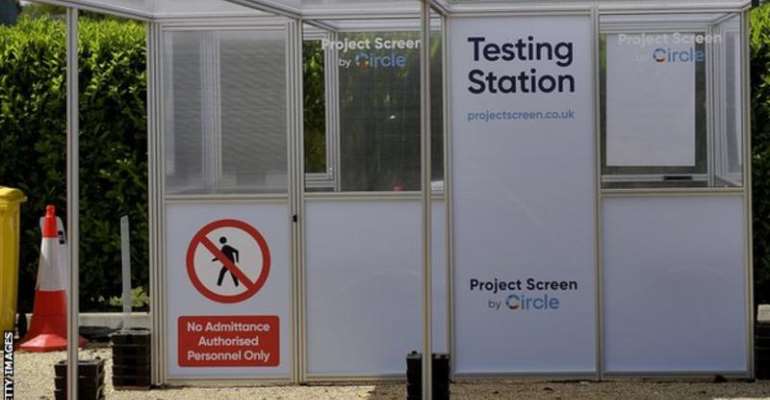 There have been six rounds of testing in the Premier League

There were no positive results for coronavirus from 1,195 tests in the latest round of Premier League testing.

The sixth round of twice-weekly screening of players and club staff took place on 4 and 5 June.

One person tested positive in the previous round, and 13 in total from 6,274 tests since they began.

The Premier League - suspended since 13 March - is set to resume behind closed doors on 17 June when Aston Villa host Sheffield United at 18:00 BST.

Manchester City entertain Arsenal at 20:15.
Liverpool are 25 points clear at the top of the table, while Bournemouth, Aston Villa and Norwich City are in the relegation zone.