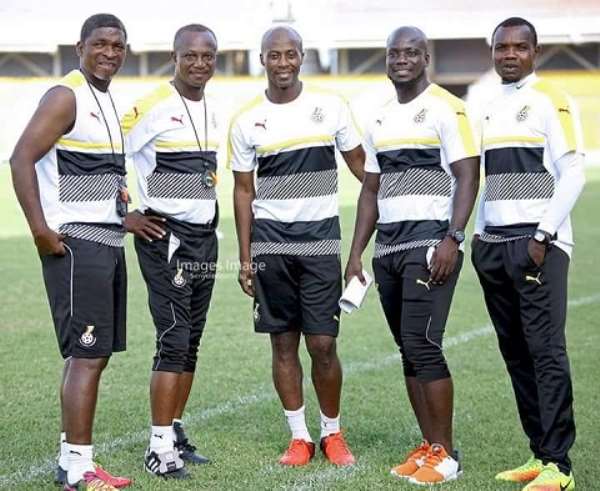 Former Ghana international, Stephen Appiah has revealed that he told Kwasi Appiah he would coach the senior national team, the Black Stars in 2010.

The 60-year-old has his first spell between 2012 and 2014 while the second which lasted for two and a half years ended in December last year.

The former Fenerbahçe star recalls he made the prediction after one of Ghana’s games at the World Cup where the team came agonizingly close to becoming the first African team to reach the semi-finals.

According to him, he told the former Al Khartoum boss, who was then assistant to coach Milovan Rajevac during the 2010 FIFA World Cup in South Africa that he would one day get the opportunity to manage the team.

“After one of our games at the World Cup, we were going [back to the hotel] in the team bus and I saw coach [Kwasi Appiah] so happy. So I told him that in the future, you would be the coach of the Black Stars and I know that you would do well,” he told Joy FM.

“He [Kwasi Appiah] was like don’t worry if I become the coach you would be part of my technical team and it came to pass.”

Stephen explained that his appointment as technical coordinator was not as a result of his prediction but Kwasi knew he possessed the qualities needed for the position.

“He [Kwasi Appiah] has been in camp with me. He knows the relationship I have with the players so when he was appointed as coach of the Black Stars he called me and said the moment has come for me to be part of the technical team,” he said.

According to Stephen, he enjoyed a great working relationship with Kwasi in the two and a half years.

“We worked hand in hand. Everything was very cool in camp. He[Kwasi Appiah] is a type who listens, he is the type whose doors are open when you have a suggestion you can go to him and talk to him about it,” Stephen said.

Stephen was part of Kwasi’s backroom staff along with Maxwell Konadu, Richard Kingson and Ibrahim Tanko in the second stint. Stephen worked as the team’s technical coordinator.