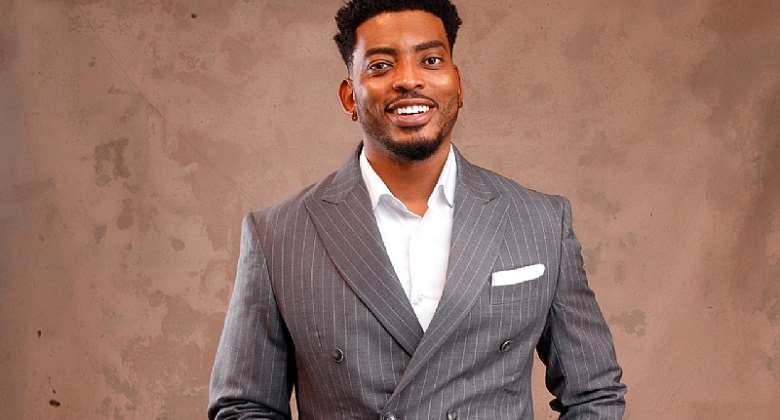 Ghanaian actor James Gardiner caught the attention of Nigerians after starring as a villain on the hit web series Skinny Girl in Transit.

Since then, he’s been setting hearts aflame with a host of Nollywood movies under his belt, and a recurring role on the Akwaaba Magic series Dede.

Now, he’s one of the leads on the Showmax Original Ghana Jollof, where he plays spoiled rich kid Kweku, who invites his Nigerian university friends over to Ghana following their inability to secure jobs back home.

In this exclusive interview, the Ghanaian heartthrob shares how he landed the role on Ghana Jollof and shooting in Nigeria versus Ghana, as well as throwing it down in the kitchen!

Tell us about your character in Ghana Jollof.
I play Kweku, who’s a spoiled kid from a very rich home, which gives him a certain level of arrogance. Somewhere along the line, school gets mixed up with romance and the story starts revolving around love, which transcends into ‘bro codes’ being broken. Fast forward a couple of years, Kweku starts to run a big company and that’s where we get to see the other side of him.

How did you land the role?
I got a call from Basketmouth and he said he needed me for this job, then asked for my availability. We spoke at length, found dates that worked, and the rest is history.

What lessons did you take from the set of Ghana Jollof?

A lot, actually. Thanks to the cast and crew - they did an amazing job. There were no lags and everyone was professional about their jobs. I don’t really film a lot in Nigeria so it’s always good to know how things work in other places. Things are somewhat different from how we operate in Ghana with regards to timing. In Ghana, our call times don’t usually start as early as 7am; we sort of start around 9am. But I liked how on the Ghana Jollof set we saved the night for rest and tried to juice in as much work during the day. Also the relationship on set was great; no one put on any airs and it was almost as if we all lived in one house, then came to work together. It felt like we had known each other for years, and that really helped the production.

What do you want fans to take away from your performance in Ghana Jollof?

I would like for people not to focus too much on the comedy part because there are a lot of lessons to be learned from the show. When people watch series, they connect with certain characters. So if you connect with any character from the show, put yourself in the shoes of the character. That's the only way you can understand it better and then apply it to real life. There are a lot of lessons with regards to how arrogance can end up, keeping a friendship or brotherhood, and why it matters. So I’d encourage people to take lessons from the show.

Tell us something about Nigerians you’ve learnt?

Eventually, we all end up with the same result but how we go about the production is quite different. We are a bit laid back whereas it’s more fast-tracked in Nigeria, which all has its advantages and disadvantages. I also had to pay more attention when some of my Nigerian colleagues were talking because their pronunciations are different. For instance they would say ‘cut’ (referring to cutting something) rather than ‘cut’ (pronounced cat).

If there’s a turn-up, which of your cast members are you calling?

Tell us something about yourself that people don’t know.

I cook. I don’t think I’ve ever put it out there but I can throw it down in the kitchen a little bit, surprise a lady if I have to or if I have a guest.

Hottest Photo Reports
Catch up with all the political quotes from our politicians.
Advertise here
More Interviews
ModernGhana Links
I believe in women and our stories - Lydia Forson on why she plays strong women on screen
Peter Okoye: Raging, Raging Mr P
Naa Ashorkor - I’d like to see more films that speak to mental health challenges in young people
“Ghana Jollof is a gift at the most difficult time of my life” – Diji Aderogba
Ghana Jollof is my first romantic role - Funnybone
I Have A Very Funny Side -Joselyn Dumas
Interview: What AfroZons Dubai Soundoff is - Sheila Okonji-Ashinze
I like the different versions of me that people have in their minds - Toke Makinwa
Exclusive Interview with Nigerian Idol finalist, Kingdom
TOP STORIES