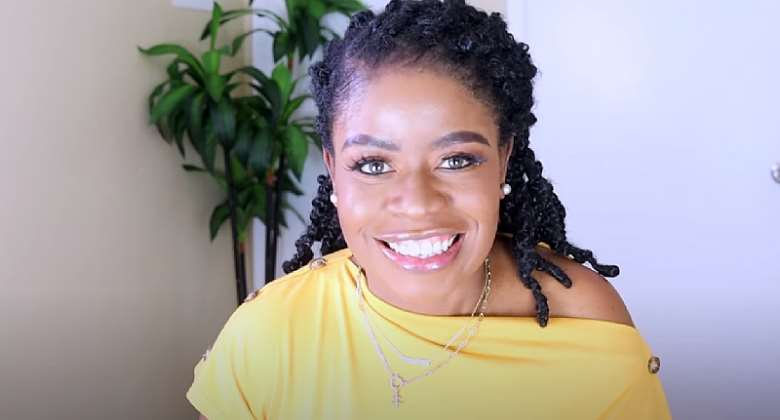 In a video uploaded on her YouTube and Instagram platform, she said, “what some of you might not know is that recently, I took a very long break from YouTube and content creation in general, even Instagram and I just completely shut down. I was just at that point where I was ready to quit and focus on a 9-5 instead.”

Earlier in the year, MTN Nigeria released a TVC with an inspiring storyline. Looking closely, one can tell that this storyline was intentionally put together to highlight an issue many young Nigerians are faced with.

Summarily, it opens with the lead character using his culinary skills to put smiles on the faces of his friends as an undergraduate on campus. Two years later, he is seen job-hunting and being rejected at every interview he attends. Frustrated by the whole situation, he sees a dispatch rider walk in to deliver food packs at a company and that was the nudge he needed to begin his own food business.

Without available jobs for the large number of graduates our universities churn out yearly, the central character discovers how he can turn his hobby into a thriving business. This campaign does a great job urging the youth to look inward and explore opportunities within their current situations to achieve success regardless of roadblocks.

Adenike Adebayo, while speaking on the storyline, commended the lead actor, Chimezie Eze for his exceptional role in the TVC. She said, “Chimezie’s depiction of Ufuoma in this TVC is just seamless. Ufuoma didn’t have any dialogue but the way Chimezie carried the character and how he was able to express so much with his facial expressions was exceptional.”

As expected, Adenike’s viewers flooded the comments section to share their personal experiences adding that the message in the TVC was a message in season.

Grace Oluchi said, “I was watching this and crying. Because life has been hard. I moved to Lagos six months ago, left a toxic job that paid well, dad died, family fighting for inheritance...I am broke, but I work so hard and it feels like I am always starting over. But hey #WeMove”

Another viewer, Joy Olusola said, “Thank you for sharing this. It is my first time seeing this advert and it is really inspiring. In spite of whatever life may throw at me, I'll not quit, I'll move!”

Encouraging her viewers in similar situations, she said, “If you are at that point in your life when you feel like things are not working out or maybe things are being slow or you’re looking for a job, don’t give up and just keep moving forward.”

A big shout out to MTN for encouraging entrepreneurship in Nigerians. At least one Nigerian would have watched that video and found the courage to start out a venture.” She concluded.

MTN’s We Move campaign further cements its position as a brand that places value on customers and connects with Nigerians by providing a platform that allows everyone to discover themselves and thrive.