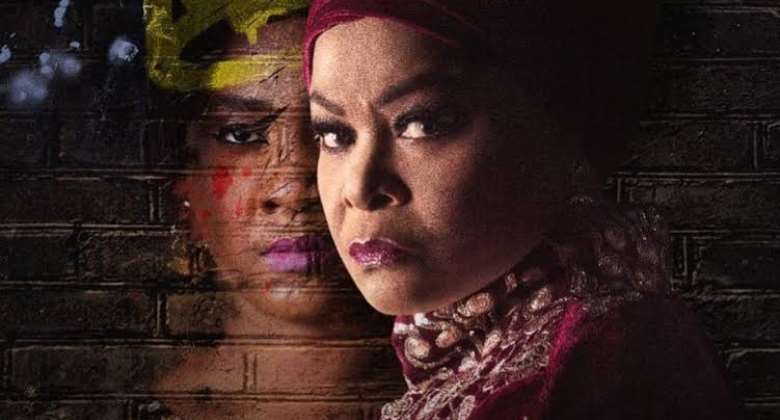 The return of the ‘King of Boys‘ (KOB) sequel came with a lot of suspense, war, and struggle for power. Eniola Salami’s return to her fatherland after years of disappearance could be likened to one the holy book refers to as the coming back of the prodigal son who had lost it in a foreign country with nothing left since all her financial accounts were frozen in addition to the attendant pains of losing her children.

Tracing her foot back home indicates her zeal to reset the broken system in the country and her businesses since she left.

Kemi Adetiba’s continuation of the well-scripted movie currently remains the talk of the town among film lovers. The appearance of Sola Sobowale (Eniola Salami), Remilekun “Reminisce” Safaru (Makanaki), and Charlyboy in the sequel is pictured to the mind of viewers with the question, “who wears the crown?”

The dignity embedded in the project earns it a seat among the top movies trending in Nigeria presently and looked poised to continue garnering momentum in months to come.

The focus on Dapo Banjo’s lifestyle and prescient to work as a proactive journalist portrays what every (investigative) journalist face in the course of news reportage and practice of “true journalism” which every professional in the media landscape do not see as alien.

A robust collaboration of this saw him earned a commendation from his boss on the trail of what could have transpired between the president and the desperate gubernatorial candidate, Eniola Salami which his boss marked with a response as “this is true journalism.”

But was the “true journalism” able to get a happy ending just like what mostly happens between subordinates and boss? Dapo’s career was being ruined by his boss who had concluded he is having an affair with Jumoke Randle, the governor’s wife, who is the major opponent against Oba.

For his boss to sustain his own media, the young man’s career had to be toyed with — a typical reflection of the saying if a man’s life isn’t ruined, that of another wouldn’t blossom.

The same risk, emotional disorder, and stress Dapo faced is a typical illustration of what journalists go through to unravel information to the public.

JOURNALISTS AT RISK AND REPLICA OF DELE GIWA’S DEATH

A display of that by Kemi Adetiba points out a few of the many risks journalists passed through every day as hazards in the course of discharging their duties.

Both Akin Lewis and ‘Oba awon boys‘ are burning flames which can not be quench easily. They both chose thuggery as part of what hobbies are, which we all see to be a yearly celebration in the country once the election draws nearer.

“Are your ready to kill?”, “Do you have the liver to finish this journey, if we start?”

This was also reflected when Eniola Salami told Ade Tiger: “When I become the govern, you can be whatever you like” with the latter replying “You know I don’t have any other job than being a thug.”

INSECURITY AS MEANS OF LIVELIHOOD

Kemi Adetiba must have taken her time to study the situation of the country as insecurity has become a source of livelihood for some while some lament over the loved ones they lost in the process.

She was able to picture this in the movie scene as a security guard at the gubernatorial debate premises planted a bomb on Eniola Salami’s convoy after accepting an offer of N50,000 from her opposition.

Hunger, economic hardship, family sustenance led him to such. A replica of this is what we are witnessing in the country as bandits now kidnap people and demand money and even food items as ransoms before releasing those they abducted to their loved ones.

Medical personnel and judicial custodians in some cases formed alliances with reputable personalities just as fake ailment with a medical condition was arranged for “Aare” to save him from being exposed and Judge consented because of being a friend of him which was not genuine.

This becomes part of what ruins a nation and makes it lag behind when justice is not served to those who are guilty.

The use of media men and religious leaders by politicians to achieve their personal selfish interest just like Jumoke Randle did to Dapo Banjo of Conscience Newspaper, as thought by the Newspaper publisher does not seems to depart the country; especially when elections draw closer.

Politicians keep being “submissive”, pledging allegiance, romancing religious leaders with donations and heartfelt support to their religious associations — a usual occurrence in Nigerian once the election is around the corner.

As the movie showcased Kemi Adetiba and Sola Sobowale for their giant strides in the project as women, it serves a reminder too for women to participate in politics just like their male counterparts and should be self-reliant rather than waiting for tips from other sex.

Sola Sobowale confidently raised her voice during a campaign saying, “All I have today, I worked for them” though she is “the king of boys”

The movie pointed out societal errors including that of gender imbalance that needs to be corrected in Nigeria.

Despite Dapo being a vibrant journalist, he was unable to know when to be a father to his son. He placed his work over his family and this prompted a rift between him and his wife when the young boy had an accident.

The perspective of Kemi Adetiba lays importance on the pertinence of family members just like Odogwu showed rather than the negligence of Dapo who thought to have knowledge of such.

However, the movie failed to recognise the Hausa language just like the ‘Lionheart’ movie by Genevive and ‘Gold Statue’ by Tade Ogidan which never recognised Igbo language respectively.

Eniola Salami is a master game player – she knows how to play her game as she said in the concluding part, “the mistake you all (elders on the table) did was to underestimate me. I learn how to read the moves of my enemies before they plan it”.

No doubt, the execution of the project by Kemi Adetiba has placed the phase of Nigeria’s movies a step ahead in the international scene. I foresee it gaining global recognition and awards.

Truly, the return of the King is a new dispensation to Nigeria’s entertainment in the global market.