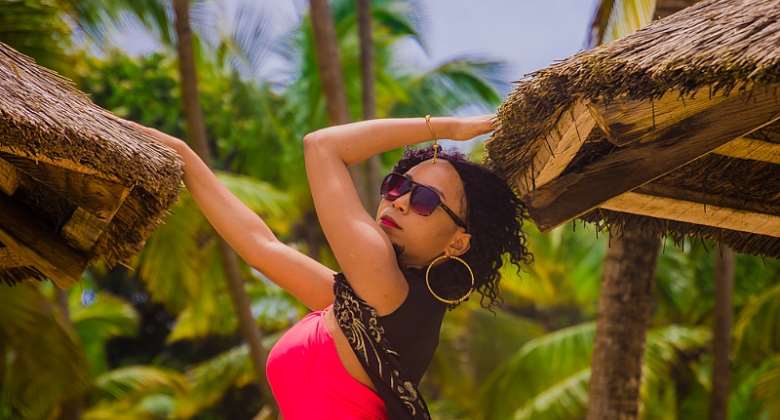 Fast-rising Nollywood actress, Bianca Ugowanne thanks Nollywood producers for constantly believing in her since her debut into the Nollywood industry.

The actress who made her big screen acting debut in October 2019 with “Dear Affy” which happens to be the highest-grossing Nollywood movie in cinemas 2020, thanks, Nollywood directors and directors for believing in her despite being new.

The actress who has featured in over 8 movies since her debut in October 2019 despite the pandemic claims to be one of the few Nollywood stars who never went through any sort of Sexual harassment in the industry or offered sex for roles in any way.

Bianca speaks about her journey in Nollywood, she says “ I am not in any way trying to invalidate the claims of fast-rising actors who go through Sexual harassment or are offered sex for roles but for me, I can’t but thank God for the directors and producers I’ve met and also thank them for constantly believing in my talent and brand despite being a new face. and none of them has in anyway offered me sex for role. I am not saying I won’t face any sort of sexual harassment in the future because I know it legit happens in the industry but I can bet you already know what my answer will be. Most especially I want to give thanks to Samuel Olatunji for believing in me and featuring me in his multi-millionaire project, “Dear Affy” which literally shot me into the limelight.”

Samuel Olatunji had this to say regarding Bianca “She’s one of the most promising actresses out of Nollywood, I feel filmmakers should watch out for her because she understands the art of filming and interpreting roles. It was really nice working with her because she brought her A-game to my production”

The actress also released stunning pictures to give her fans some content as she visits the La Campagne Tropicana for relaxation .

Hottest Photo Reports
Catch up with all the political quotes from our politicians.
Advertise here
More Celebrity Picks
ModernGhana Links
Burna Boy, Ebuka Obi-Uchendu, Dr Caise, Dj Lambo, Others Turn Out For Nissi Ogulu's Art Showcase: “puzzled”.
Nollywood not what I expected - Movie Producer, Angel Samuda opens up
Liya's EP Is Not For Now But You Might like It
Introducing Nissa Seych
Sensational gospel singer, Ese Bliss Biography and Promotional photos
Tiwa Savage on The Zane Lowe Show
Pempe; An awakening of Sisterhood with Seyi Shay.
Meet Abuja Celebrity Photographer, Prince Cyril Ajom
There Is A Need For Creative People To Venture Into Business---Faithia Williams
TOP STORIES