Asaba Producers Can Afford any Actor They Want in Nollywood…Producer, Best Ikenna 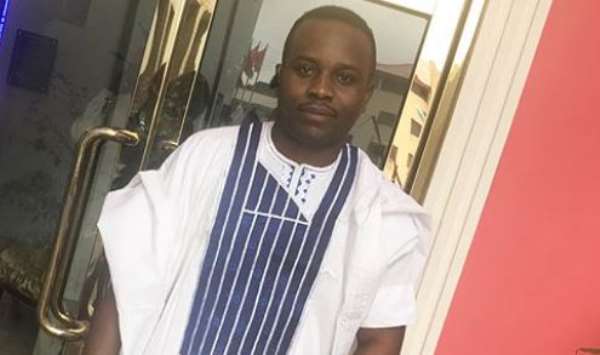 It seems the Nollywood industry is heading towards a strong restricting process as some topical issues have left many talking and adjustments have been taken into consideration but that does not mean that certain issues should not be addressed.

Recently, Nollywood actor, Jim Iyke threw a subtle shade at some producers alleging that they can’t afford his bills and this raised a lot of buzz on social media. One of Nollywood’s finest producer, Best Ikenna in a recent interview disclosed that there is time for everything as every producer can afford any actor they want only that they also don’t consider them during pre-production stage as they can walk out at anytime.

Read excerpts below;
Why is it that movies produced for the cinemas are respected more than the Asaba movies?

What we do in Asaba is called HOME VIDEOS and personally, I have my way of differentiating movies that goes to cinemas and home movies watched by an average Nigerian man.. the so called Asaba movies are main movies enjoyed by keke drivers, taxi drivers, market women , farmers, village children and ordinary people because we bring these movies down to their level and not trying to enticed them by imitating Hollywood which at the end of the day ends up in mediocre. These people I mentioned can't go to cinemas to sit down, pay 1k just to watch one movie and eat popcorn then go home starving. The so called Asaba/Enugu movies made all the Stars they know today who they are. So weather cinema movies or Asaba movies, it's all Nollywood movies and for different category of people.

Ramsey, Genevieve and Omotola were made by Asaba/Enugu movies but why you don’t see them today is because of same "NOT TOO YOUNG TO RULE" we all have been telling our politicians. Simply put," They gave way for new talents to shine like they have". All reigning actors reign and go, none reign forever. They gave way for the next supporting actor to reign too.

It’s a natural thing Fans get tired of them and once they start complaining, what we do is to look around and check who the fans likes next and immediately the person becomes hot and trending.

There are allegations that the Asaba producers produce quantity not quality and they produce for African Magic, how true is this?

We don’t produce quantity. We try our very own ability to do good movies. We finance our movies by ourselves and we try to be on a safe side due to the fallen nature of the market now. Granted, most of our stories are stereotyped. Yes but trust me, most of us who are young are creative. We do something different and something better.

DSTV rejects movies a lot. Whatever movie you see on Africa Magic Epics meets the standard of a home movies. If you prefer to watch something more than that, use your remote and change to urban or showcase. They were never foolish when they made these categories.

Was Jim Iyke right by alleging that Asaba producers cannot afford his bill for their production?

No, Jimmy was wrong and he knows it. He knows the truth. He knows why he doesn’t work often but trust me, I’m sure that wasn’t exactly what Jimmy wanted to say. And I can remember that Jimmy just finished a movie in Enugu and he was paid too. There’s no amount of money we can’t pay to any actor so far the person is selling our films and we are sure of making our money back. Name your price and we will pay you 10 jobs advance even and Jimmy knows that.

Jimmy is a good actor and we always enjoy working with him down here because he has this character in him that makes every movie he appears in very unique but as marketers, we produce movies to sell and make profit. So ones the fans buying stops buying a particular movie, we stop too and focus on the next person they prefer so we can make our money too and automatically, the person parks his or her bag back to Lagos to use same face they have already build for him down here to shine as a cinema actor and the start saying ill of us just because another person has been giving same opportunity he or she has been enjoying for long which is normal. One musician said and I quote, “no artiste reigns forever” and it’s true. If Jimmy is still here, someone like Ken Erics and Zubby Michael won’t come up to earn as high as 1 million naira per movie and not lower than 800k per movie as of today.

What is the least and highest amount an actor featured in Asaba movies earn?

For the last 7years in Nollywood, we have paid a steady fee of 2 million naira to just one actor. Someone like Mercy Johnson, Nkem Owoh (Osuofia) and someone like Ramsey Noah. We’ve paid Chika Ike 1.5million naira and she finished her beats in 2 days and I have paid Mike Ezuruonye 1.2 million when I shot the movie ‘2 Sisters.’ Tonto Dikeh has earned above 1 million too. I can mention many of them and we pay this money down here in Asaba and not in Lagos, and they all were made down here. Whoever deserves it earns it so far your demand will make me recover my money and make gains. Marketers can pay you any amount.

It seems Jim Iyke is not saying some things out, what do you think Nigerians needs to know about either him or other actors because lots of negatives allegations have been leveled against some Nollywood producers?

What Nigerians should know is that all artiste have a specific time to shine and people will get tired of seeing his/her movies and such gives way to another new person to come up and enjoy but few chooses to accept that fact while others chooses to spoil the marketers. It doesn’t mean they are no more relevant, we still use them sometimes too while they face other endorsement deals stardom brings.

Some actors claim that there is no money in Nollywood that is, they are not paid well like between 1-2 million naira per movie?

There is big money in Nollywood but it’s for the patient hearted actors only. Nollywood has stages and every up comer must buy more patience to cope if not, you will be discouraged and join the confused gang saying shit.

As a producer, what are the peculiar challenges you face with actors on set?

Challenges that had to do with timing. Sometimes, you might agree to shoot with a particular actor for just 5 days or 7 days but due to rain or other challenges that comes with production, 10 days you are not done and the actor leaves the set telling you it’s not his fault. This particularly affects not only you as the producer but the entire production. It’s either you strike the set or shoot it like that and the person shows no concern after all he has been paid 100%, only few understands.

Hottest Photo Reports
Catch up with all the political quotes from our politicians.
Advertise here
More Interviews
ModernGhana Links
I like the different versions of me that people have in their minds - Toke Makinwa
Exclusive Interview with Nigerian Idol finalist, Kingdom
‘We prayed for days like this’ - Laycon’s brother speaks on newfound fame and more
“I’m 100% myself on ‘I Am LAYCON’” - Laycon
Nigerian-born Hollywood actress, Wunmi Mosaku speaks on new show ‘Lovecraft Country’
Interior Design and Big Brother: A Match Made in TV Heaven
Exclusive Interview With Miss New Nigeria
I Don’t Believe in Divorce, I’ll Marry the Right Man God Presents…Actress, Ferrari Bongkem
Lewa Lifestyle launches its Lewa Woman campaign series featuring Abuja Wellness influencer, Onyinye Ugwueke.
TOP STORIES