Professor Who Claims Ewedu Cures Ebola To Be Arrested By NAFDAC 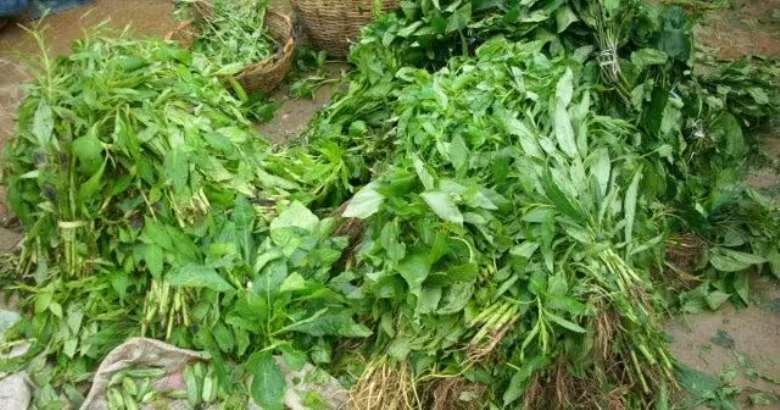 For fear of another horrible deaths that was caused by the deceptive intake of salt and warm water, the National Agency for Food and Drug Administration and Control, NAFDAC, is all set to arrest and prosecute a Nigerian Professor of Ophthalmology at the Lagos University Teaching Hospital, LUTH, for claiming that native vegetable, commonly known as Ewedu could cure the much dreaded Ebola disease.

So far, the Agency has quarantined over 104 brands of sanitizers even as it arrested three Nigerian businessmen for allegedly importing expired hand sanitizers and fake Ebola test kits into the country.

Dr. Paul Orhi, the Director General of NAFDAC, while revealing this in Lagos said the various pronouncements by some medical and pharmaceutical professors at these critical times in the history of the country were dangerous.

“One consequence of these unsupported and possibly fraudulent claims is that people may be misled into a false sense of invincibility on account of eating Ewedu or bitter kola and drop their guards. This is a national embarrassment and the Agency will not take such uncorroborated claims by supposedly learned people lightly,” he stated.

“These professors should not be patronised by Nigerians. Anybody who claims to have a cure for Ebola should come to NAFDAC, the Ethics Committee or the Treatment Research Group set up by the Federal government than causing more panic in the country.

''NAFDAC will immediately arrest and prosecute any Nigerian making such unverified claims as that could mislead the public," he assured.

“I Washed Toilets To Survive In US”: A Shocking Confession From Mr. Incredible - M.I

Phyno Confesses: 'M.I and Mr Raw Made Me'