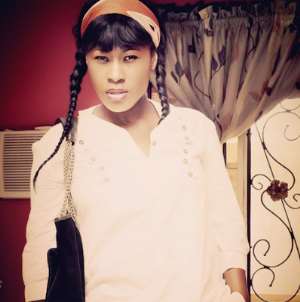 You all know her for the controversy she steered in the media some months back when said in an interview; she will castrate her man if she finds him cheating on her. Uche Jumbo-Rodriguez is no doubt one of Nollywood's popular and successful actors.

She came into the acting world in 1999 with over sixty movies to her credit. Like the normal saying, She Came, She Saw, She conquered and got to the apogee in her acting career.

Having conquered all grounds in her first venture which is acting, she delved into movie productions and has since been waxing strong with every production. Her passion for movie making is so enormous such that it tells in the number and quality of films churned out by her.

I remember asking her in an interview why she's more into movie productions, her response was, "I'm giving back to the industry that made me."

She's one of the few Nollywood actresses who have gone into movie productions and has been consistent with it. She's truly shown professionalism with her productions which are of cinema standards; different from the everyday Nollywood movies and as an entrepreneur, makes her money invested in the movies, premiering in Cinemas and probably C.D sales when the movies must have been done premiering.She's had about eleven movies produced by her, the latests being, False and Lies Men Tell.

Hard work truly pays. The multi talented Nollywood diva is no doubt enjoying the fruits of her labour with the latest construction of a soon-to-be-ready multi-million naira house in Lekki. All hail the prolific Nollywood actress turned producer.

Beverly and Melvin Embarrasse​d By The BBA Host, IK

AT LAST! MC OLUOMO OPENS UP ON HIS ROMANCE WITH TOP YORUBA ACTRESSES+ SAYS ALL MEN ENGAGE IN EXTRA-MARITAL AFFAIRS

Hottest Photo Reports
Catch up with all the political quotes from our politicians.
Advertise here
More from Celebrity
ModernGhana Links
Veteran Actor Jim Iyke: Debuts Volume 1 of Book Series - The Gift In the Odds: Walking Through Walls
Angélique Kidjo, Psquare, Fireboy and others joins faces of Afrobeats campaign
Ini Edo Explains Why She had Her Daughter Through Surrogacy
TOP STORIES