Court To Rule On Martin Amidu Age On Wednesday 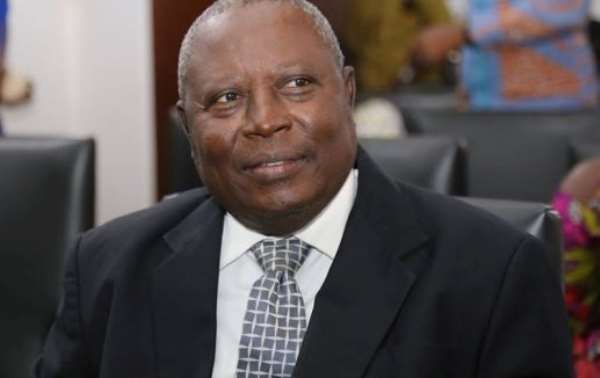 The Supreme Court will deliver its judgment on Wednesday, April 29 in the case in which NDC MP for Bolga East Dr. Dominic Akuritinga Ayine is challenging the appointment of Martin A.B.K. Amidu as Special Prosecutor by President Akufo-Addo.

The outcome of the judgment will determine whether Mr. Amidu who is the first ever Special Prosecutor remains in office or the President would have to appoint a new person to replace him.

Amidu effectiveness in the office has been hampered by the court case.

The determination of the case was temporarily delayed because the panel hearing the case had to be reconstituted following the retirement of one of the panel members, Justice Sophia Adinyira on July 31, last year.

The panel at the time had indicated that they may not be able to see the case to its 'logical conclusion' before their colleague judge proceeded on her retirement and as a result, the panel had to be reconstituted.

But the panel has since been reconstituted and lawyers for the applicant and the office of the Attorney General had filed their arguments as directed by the court in May last year paving the way for a judgment.

Dr. Ayine, MP and a former deputy Attorney General under John Mahama filed the action at the Supreme Court challenging that Mr. Amidu's age did not qualify him to be appointed as Ghana's first Special Prosecutor.

The Attorney General's Office, in its response to the suit, urged the Supreme Court to dismiss the suit, saying it was being “borne out of narrow, inadequate and literal construction of the scope of the application of Article 199 of the Constitution.”

The deputy AG then pushed that Mr. Amidu is not “a proper party to the suit” as the action is seeking to challenge the Attorney General's decision to nominate Mr. Amidu as the Special Prosecutor, as well as his presentation by the President to Parliament for approval.

Mr. Dame also stated that the decision to appoint Mr. Amidu was taken in the course of the official duties of the President and AG and Mr. Amidu can therefore not be a party to the suit.

He then urged the court to dismiss the suit and the court agreed with the deputy AG and subsequently struck out the name of Mr.Amidu as defendant in the suit, leaving the issue of whether Mr. Amidu can continue to be the Special Prosecutor looking at his age as being pushed by the MP.