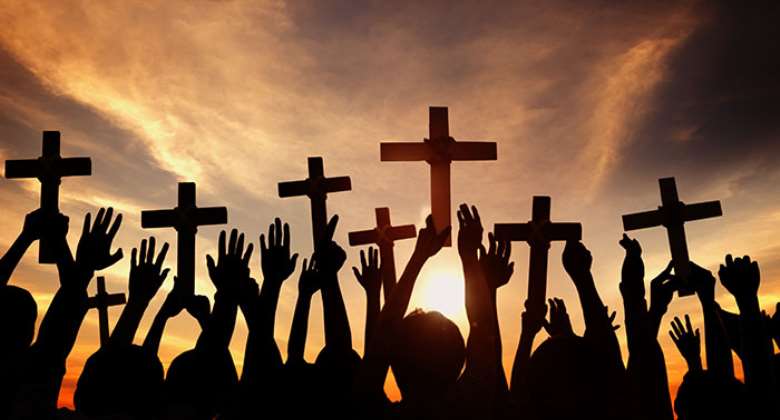 The much-talked-about introduction of the apocalyptic Number 666 is a mephitic event most redeemed born-again Christians guess and speculate about with fantod disposition. The reason is simple: a truly-regenerated and Holy Spirit-filled Christian shouldn’t be alive on earth during the Satanic Age of Number 666.

It is the mark of the Beast as Revelation 13:18 informed us thusy: “And that no man (or woman) might buy or sell, save he (or she) had the mark, or the name of the beast or the number of his name. Here is wisdom. Let him (or her) that has understanding count the number of the beast for it is the number of a man; and his number is 666.” We recapitulate and précis our earlier spiritual disclosures on these series in this column; Satan’s ambition has always been to become like our Lord, Master and Savior Jesus Christ. He failed woefully in heaven in that crass and asinine misadventure.

He and his co-rebels were then flushed out of heaven. They haven’t given up on that illusory struggle and have built an invisible Luciferian kingdom as counterpoise to the Lord’s heaven. We exposed that invisible satanic world and the human agencies that facilitate that invisible world and its activities in the visible material world in earlier disclosures. Just as the Almighty God and the angelic beings in heaven are materially invisible; so also Satan and his fallen principalities and demons are invisible to human beings in our natural-material world.

Just as we have those of us who are conscripted into the army of the Living God in the material world; so also Satan and his demons have human acolytes advancing their agendas in the material natural world. Consequently, there are two diametrically-opposed kingdoms at war with each other. Apostle Paul called it “fight the good fight of faith” (I Timothy 6:12), while our Lord, Master and Savior Jesus Christ Who we are fighting on His behalf and us told us that; “Do not assume that I have come to bring peace to this earth, I have not come to bring peace to this earth, but a sword” (Matthew 10:34) meaning, there is an opposing kingdom we must battle with.

In this cosmic kerfuffle, every human being must declare his or her allegiance; there is no spiritual autarky. You’re either on the Side of the Lord, Master and Savior Jesus Christ in this intensely virulent war or on the side of Satan; either deliberately or via unwitting ignorance. Because every soul is sure to die; splendid isolation is off the table; heaven or hell lay before each of us and it is here in the material world that we shall choose our individual eternal destination, period! However, this is a spiritual war. Those fighting this war with all they have in the harvest of human souls will be sealed by our Lord, Master and Savior Jesus Christ as Ephesians 1:11-14 informed us: “In him we were also chosen, having been predestined according to the plan of him who works out everything in conformity with the purpose of his will, in order that we, who were the first to put our hope in Christ, might be for the praise of his glory. And you also were included in Christ when you heard the message of truth, the gospel of your salvation. When you believed, you were marked in him with a seal, the promised Holy Spirit, who is a deposit guaranteeing our inheritance until the redemption of those who are God’s possession—to the praise of his glory.”

Do you see that word: “seal” there? That is the key word. To seal a person or thing is to claim legal ownership according to law staking dominion and possession. That is what our Lord, Master and Savior Jesus Christ has done for those of us who have willingly taken Him as our Lord, and obediently accepted Him as Master and joyfully and lovingly as our Savior, Hallelujah! His seal on us is the Holy Spirit, for as Apostle Paul declared matter-of-factly: “You-referring to us Christ believers and followers-are not in the flesh but in the (Holy) Spirit, if in fact the (Holy) Spirit of God dwells in you.

Anyone who does not have the (Holy) Spirit of Christ does not belong to Him” (Romans 8:9). This is possible for the Almighty God to do because He is Omnipotent, Omnipresent and Omniscient sealing us is not a difficult things for the True Lord God Almighty, because “With God nothing shall be impossible” (Luke 1:37). But unlike like our Lord Jesus Christ, Satan doesn’t possess these three unique attributes of the True Lord God Almighty, because he is just a creation of the Almighty God like the rest of us, albeit an angelic being, but a fallen and disgraced angelic being for that matter. Yet, his forlorn desire of being like the Almighty God the Creator hasn’t abated. He too must invent his own seal to identify rebellious human beings that have rejected the Creator and claim ownership of these co-rebels as him and his fallen angels. In other words, every human being, man or woman, young and old, rich and poor, black or white or wherever and whoever you are; as long as you do not believe, recognize and worship the Lord, Master and Savior Jesus Christ; you are going to have the seal of Satan and that is the Number 666. In the Holy Bible, this seal is written as 666, but it is actually in three phases hence 6+6+6, because it will be physically applied unto all children of Satan in sequential order as; “…the mark, or the name of the beast or the number of his name” (Revelation 13:18)

THE MARK OF THE BEAST: 6: We are taught by the Holy Spirit, Who is the Lord Jesus Christ Himself and believe it or not, He is the Lord God Almighty the Creator that Satan’s Number is 666. If the Holy Spirit is God’s Seal on us who are His Own and since the Holy Spirit is invisible to the physical human eyes, it stands to reason too that Satan’s seal on his co-rebels and disobedient human acolytes will be invisible in the material world. After all, the spiritual slugfest between God and Satan, Good and Bad, Light and Darkness is basically first and foremost a spiritual one. In other words, this war must first take place in the invisible spiritual realm before it manifests on the planet earth physically for us to see.

NEXT WEEK: We will explain what the Holy Spirit reveals to us about the Three FFF that will follow the current Coronavirus Pandemic and how genuine and truly-regenerated born-again Christians should conduct themselves in this regard. That will be Part 6 and final article in these series as my prophecy declares.

OUR E-CONGREGANTS ARE STILL GATHERING, JOIN US!

“When the Son of Man comes in His Glory, and all the angels with Him, He will sit on His Glorious Throne. All the nations will be gathered before Him, and He will separate the people one from another as a shepherd separates the sheep from the goats…” (Matthew 25:31; See Revelation 1:7)

For those of us who have put our faith, trust, future, life and eternity in the Secured Hands of our Lord, Master and Savior Jesus Christ; this is the time to take our eternal life seriously. This is the time to stop playing game with our souls and eternal destination in our Christian Journey. You need to learn and study instead of playing denomination and church. Study the Holy Bible and know what you believe. This is what the Holy Spirit has mandated us to do now! The last thing you need now as a part of the Body of Christ is another church full of programs, planning, festivities, waywardness, announcements, activities, naming ceremonies, carnalities, worldliness, money, money and money! We should brace up as born-again Christians and prepare for a different world aftermath of this global Coronavirus Pandemic. The days of being complacent on Mt Zion are over. You need the undiluted and Holy Spirit-inspired and taught Word of God Now. Register now! Send email to any of the following administrators namely: Dr Moshood Ademola Fayemiwo ([email protected]); Dr Margie Neal-Fayemiwo (margiefaye[email protected]); Brother Kola Olatunde ( [email protected]) and Dr Gerry Onukwugha ([email protected]). In your email, simply state I WANT TO BE PART OF E-CONGREGATION. We are putting the technical preparations together right now and we shall take-off very, very soon. Thank you and remain blessed in Jesus Mighty Name, Amen. Study the word in the manner of the Berean Christians of old (Acts 17:11) and the children of Issachar of Old Testament “who understood the times and knew what to do” (I Chronicles 12:32).

Dr Moshood Ademola Fayemiwo is the Spiritual Head & Founder, The Jesus Christ Solution Center, based in Cameron, TX USA. Call him at this number: 254-605-4035. You can also send him email at [email protected]