'It is going to escalate': Locked down Zimbabwe records spike in gender violence 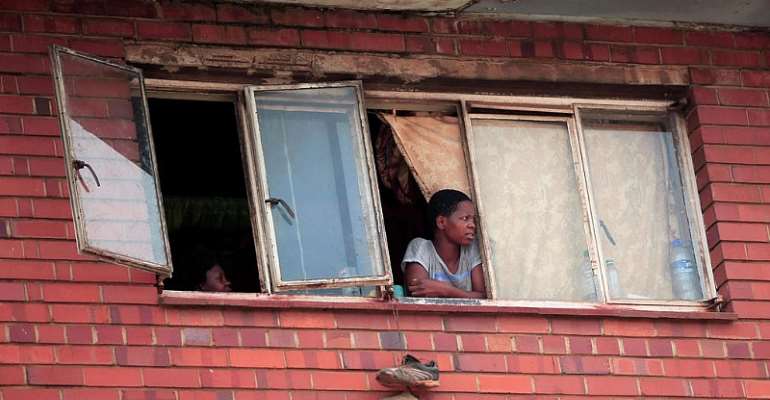 There has been a worrying spike in domestic violence in Zimbabwe, as the country entered its third and final week of a nationwide lockdown to curb the spread of the coronavirus.

The Musasa Project, a local NGO, said it had already documented 782 cases of abuse in just 13 days, compared to an average of 500 per month.

“We believe from the trends that we're seeing that it is going to escalate,” said Rotina Mafume Musara, an advocacy programme officer with the group.

“We have got young women who have been physically assaulted for asking for food to feed the family,” she told RFI. “In most cases the woman relies on the partner to provide food.”

With unemployment at around 80 percent most Zimbabwean families are dependent on daily informal trade to earn a living. Under the lockdown that started March 30, that is no longer possible.

Another emergency
Zimbabwe has confirmed just 17 cases of COVID-19, three of them fatal. But just over 600 tests have been done, and there is speculation the disease is more prevalent.

President Emmerson Mnangagwa's government has not yet announced whether, like neighbouring South Africa, it will extend its lockdown beyond April 19.

On Monday, 30 Zimbabweans including the country's ambassador to Sudan were quarantined at an isolation facility outside Harare after they arrived aboard an Ethiopian Airlines flight from London.

Musara says as the country responds to one public health emergency, it risks overlooking another.

“As much as we say Covid-19 is an emergency, gender based violence is an emergency as well. And once it's declared an emergency, at least you're going to have various actors coming together, sitting at the same table, and trying to come up with solutions to help these women,” she said.

She said more emergency shelters for abused women and a robust emergency response from the police are needed.

More than 5,000 arrests
Under the current strict conditions enforced by the army and police, women and children who are bearing the brunt of domestic violence have nowhere to run to. More than 5,000 people have been arrested for defying the lockdown, and the Heal Zimbabwe Trust, a rights group, has reported assaults against some civilians by members of the security forces for not complying with it.

“In these circumstances abusers actually know that, 'This person that I'm abusing will not be able to go somewhere to report',” says opposition MP, Priscilla Misihairabwi-Mushonga. “She has no support system.”

The MP told a talk show on Harare's private radio station Capitalk 100.4 FM on Monday: “I don't necessarily agree with the fact that people are abusing because they are confined. Abusers have always been abusers.”

Axe murder
On Tuesday, the station broadcast a radio drama on domestic abuse entitled, "Women bear the brunt of any outbreak" in an effort to raise awareness.

While women and children may be bearing the brunt of domestic violence, Zimbabweans have been shocked by a report of a 44-year-old woman who was arrested last week for murdering her sleeping husband with an axe on 10 April.

The tragedy, in the second city of Bulawayo, followed an argument over a TV remote.