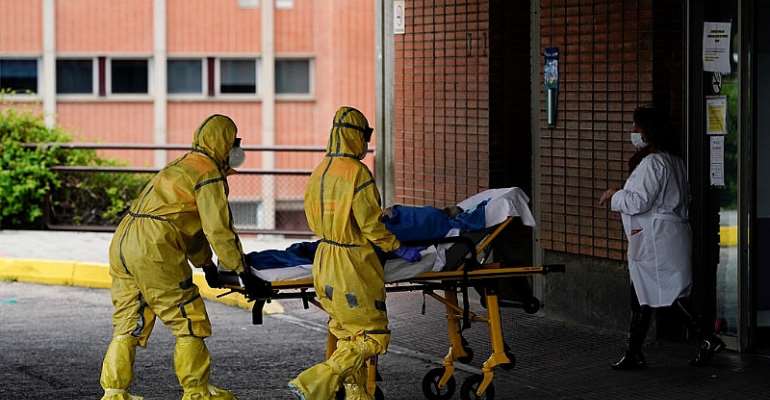 The number of deaths from the Covid-19 coronavirus in Spain rose on Sunday after what appeared to be a flattening of the death toll curve. Meanwhile, some businesses are preparing to reopen in an easing of the country's confinement measures.

Health ministry data showed a total of 619 people died in 24 hours from Saturday to Sunday, up from 510 the day before. The death toll had been dropping for three straight days previously.

A total of 16,972 people have died in Spain since the start of the epidemic, more deaths anywhere, apart from the United States and Italy.

Tough lockdown measures since 27 March have helped bring down the death rate, and the increase of confirmed Covid-19 cases has roughly halved from a week ago.

Health officials say the pandemic in Spain has peaked, but they have urged people to continue to strictly follow a national lockdown, which was put in place on 14 March, to continue to slow the spread of the virus.

Lockdown continues
Restrictions on individuals' movements will remain in place until 25 April, and the government has indicated it will announce a further two-week extension.

While all non-essential workers had been told to stay at home, the government does plan to ease restrictions on Monday to allow some businesses to resume activities.

Some have criticized the decision. Catalonia's regional leader Quim Torra Tweeted that the government was ignoring scientific advice to "maintain total confinement."

Tourism hit hard
Spain has lost some 900,000 jobs since mid-March, many of them in the tourism sector. Spain is the world's second-most visited country after France.

To get back on its feet it will have to convince visitors it is safe to come, but  Tourism minister Reyes Maroto said in an interview Sunday that the government did not know when borders would be reopened.

This will depend on how "the health crisis evolves".

Beaches have been closed as part of the lockdown measures, and Maroto said it was not clear if they would reopen after the end of the confinement measures: "Until there is a vaccine nothing will be the way it was before”.