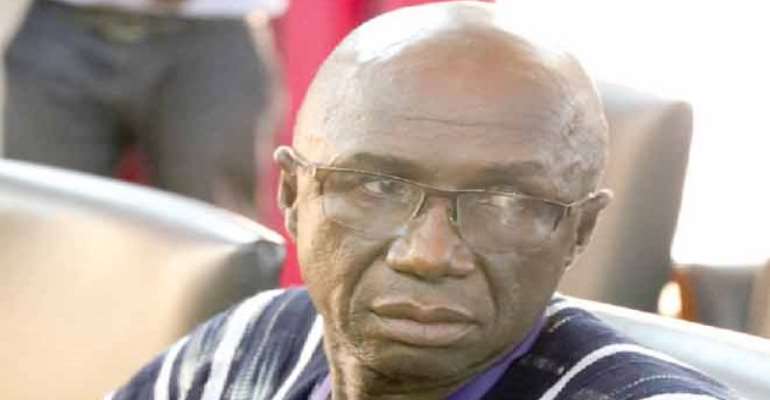 The Member of Parliament for the Nandom constituency who doubles as Ghana's Interior Minister Hon Ambrose Dery is being accused of deserting Nandome during the struggling times of Cerebrospinal Meningitis in the area which has already claimed 37 lives.

The MP who was supposed to champion the health of his people decided to remain silent like his boss president Akufo-Addo who has been silent on the CSM menace in the Upper West Region ever since it was reported to him.

As our MP, we expected him to mobilise vaccines for the health facilities in the municipality or take it up with the president to attach national importance to dealing with the CSM.

What is very shocking is that Nandom is the most hit by the CSM with the highest cases of 76 and 10 deaths so far in the region and not even a word is heard from our mp from which we may take solace. Hon. Bagbin whose constituency is the second most hit by CSM pandemic has already mobilised and donated some vaccines to help in the treatment of the disease in the Nadowli/Kaleo constituency.

Again, the MP for Wa Central, Hon Dr Rashid Pelpuo, has had to present a paper on the menace of the ravaging CSM on the floor of Parliament even though his constituency is not experiencing quarter of the case in Nandom.

Rather, Hon Dery is busily politicking with boreholes sunk by the Nandom Assembly from 2017 as his personally sponsored projects from which he says Nandome can enjoy the three (3) months free water intervention as announced by the president.

Meanwhile, the MP knows very well that those boreholes are part of a World Bank project dubbed small township water project which contract was signed under the erstwhile NDC government with Hon Cuthbert as the DCE then.

What is difficult to fathom is that Hon. Alban Bagbin who is not contesting the 2020 elections finds it prudent to mobilise vaccines for his people yet Hon. Ambrose who is contesting the December 2020 elections does not see the need to invest in the lives of his constituents from whom he would be seeking their mandate.

This attitude has made many Nandome conclude that if not for the fact that some PPEs were procured from the COVID-19 fund which he donated to health directorate, he would have done nothing personally.

Also, others think because a national security survey has said he would lose the impending elections to Dr Richard Kuuire, it is the reason why he does not want to invest in the health of the people of Nandom.

A very passionate appeal is thereby made to the mp to show good leadership in the mitigation of the CSM menace given whatever reasons he has, even though his boss the president is not fighting the menace.