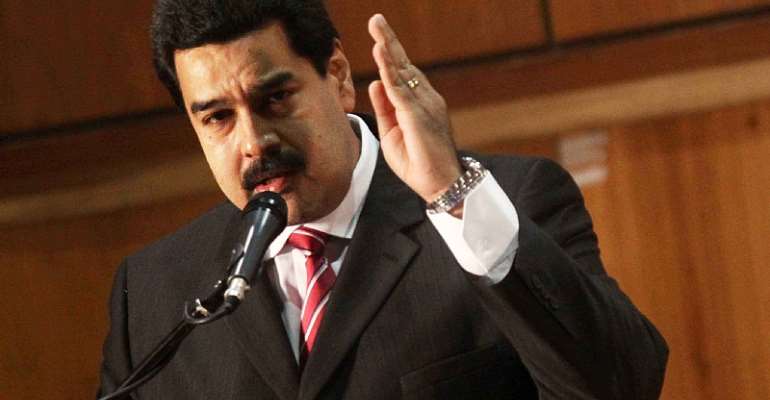 Dear constitutional-President Maduro,
From the Hugo Chavez International Foundation for Peace, Friendship and Solidarity (HCIF-PFS), this letter comes to you, the legitimate, constitutional and democratically-elected President, and through you to the entire people of Venezuela in the light of the unending difficulties your country has to deal with.

Since the painful assassination of el-Commandant Hugo Chavez (Peace Be Unto Him), on 5th March, 2013 and onwards your country has faced an undeclared economic war, smear campaign and vilification; wicked, hate-filled and unjust sanctions; blackmail and endless aggression, spearheaded by succeeding administrations in Washington during the last two decades. These attacks have taken the lives of more than 100,000 people according to our records.

As the world becomes more inequitable and precarious, with the spread of the deadly COVID-19 threatening our very survival, high-profile figures in positions of political and economic power continue to use hateful rhetoric and intimidation to distract from the failures of capitalism. What is more absurd in this imperialist agenda is the US growing and desperate thirst for Venezuelan people’s blood and wealth. For action, such as the recent decision by the Trump administration in Washington to send US warships closer to Venezuela’s territorial waters goes a long way to vindicate what we have said long ago that, the US is out to unleash genocide on the Venezuelan people by applying methods and behaviors stereotypical of the big Mafia dons. It is therefore not surprising that willing world leaders and governments have opted to tow the Trump miasma and political miscalculation to attack peace, stability, democracy and constitutional order in your country.

Mr. constitutional President, you will agree with us that with the COVID-19 destroying lives and economies of countries around the world, no sane leader can afford the luxury of abandoning his or her people to die and suffer for lack of responsible healthcare policy. We commend you and your government for showing leadership quality, especially at this time when Venezuelans need you most to save their lives from the spread of the deadly Corona pandemic.

We at the Hugo Chavez International Foundation for Peace, Friendship and Solidarity find it provocative and cowardice for the Trump administration in Washington to abandon the American people at this hour of need to wage a criminal war against your illuminating personality. We denounce the ongoing smear and vilification campaign against your Government, the harassments and intimidation of the Venezuelan population, by the diversionist, malicious rhetoric Trump administration in Washington. We express deep concern over the lives and safety of the Venezuelan population who bear the pains, traumas, tribulation, suffering and heinous impact of the unjust, wicked and spurious sanctions, embargo, undeclared economic war and other hostile policies and decisions conducted by the US.

On the recent decision to wrongfully, criminally and maliciously link your government to activities of narcotic drug cartels in Colombia further exposes the US government’s hatred for the peace, stability and development of Venezuela. Our Organisation, the Hugo Chavez International Foundation for Peace, Friendship and Solidarity (HCIF-PFS) believes your Government, which works for saving lives and dignity of the Venezuelan people should not be subjected to red-tagging, threats, harassments and intimidations simply for refusing to become a cheap pawn for criminal adventurers, whose evil designs and tastes Washington represent.

We believe the world is already aware of nature the US much rhetoric talk of so-called “fight against drugs”. Dubbed as a “war on drugs”, it targeted countries that are not willing to surrender their territories for US military activities. The genocidal campaign of the 21st century is the most accurate label to describe Washington’s policy towards your country and countrymen and women. Because, U.S. foreign policy and decades-long wars against legitimate and progressive governments have further dehumanized people in countries such as Iraq, Syria, Yemen, Libya and Somalia. The brutal murder of Muammar Al-Gaddafi and destruction of Libya are a good example of the devastating impact of US wars in Latin America, Africa and the Middle-east.

The Hugo Chavez International Foundation for Peace, Friendship and Solidarity views therefore, the escalation of US aggression on Venezuela as a systematic campaign of terror against a country that fight for, and advocate peace, democracy and democratic good governance, human rights, rule of law, justice, freedom and dignity.

Mr. constitutional-President, we want to assure you of our unflinching solidarity with you and entire people of Venezuela in the face of mounting US aggression against your country. We share in the responsibility of calling upon the US Senate, Congress and military to stop the Trump administration’s vilification and smear campaigns, through red-tagging, undeclared economic war, diabolic sanctions and spurious embargo, drugs-labelling, threats, harassments and intimidations against your Government and people of Venezuela.

We pray for God’s manifold blessings upon you and all people of Venezuela.