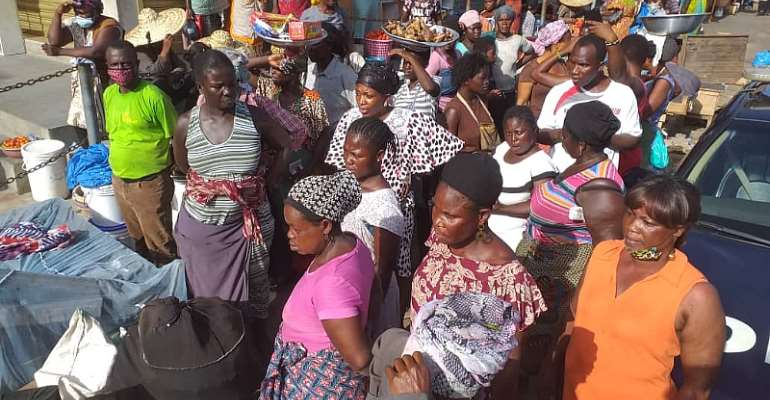 The Assembly explained in a statement that the decision has become necessary because the traders were ignoring the rules of social distance.

“Our numerous visits to the CMB market revealed the recalcitrant nature of the traders. A recent report on one of the media network is a fresh point of reference. Trading extends to even take over the entire road. MUSEC hereby is left with the only option of closing this market until further notice,” the statement said.

The Kumasi Central Market was also closed down from Tuesday, April 7, 2020.

This was captured in a statement released from the Kumasi Metropolitan Assembly and signed by its Mayor, Osei Assibey Antwi.

According to the statement, “traders of the Kumasi Central Market are blatantly disregarding the World Health Organizations's social distancing protocol in the wake of the coronavirus pandemic.”

The decision to close down the market was adopted after an emergency meeting with the Kumasi Metropolitan Security Council (METSEC) with committee members of the market and leaders of the trade associations in the market.

The Assembly further warned that “tradings along the margins of the centre of the road at the Central Market and the Central Business District are prohibited.”

“The leadership of the traders are to meet and set the modalities for the rotation of the various groups and update the Kumasi Metropolitan Security Council on same,” it added.