The Origins Of The Akan-Speaking People Of Ghana

Story Based on Research Into Oral Traditions, Documented In The 1940-1950s
By Alex Sarkodie MD 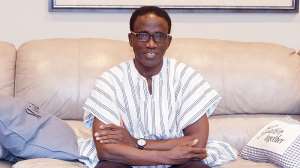 There is a plateau that lies uninhabited in the North-Eastern part of Niger.

On this plateau are the ruins of several Ancient settlements, believed to be around 1,000 years old.

There is also a cave art that depicts hundreds of large animals that are no longer living in the region.

Modern historians are clueless about the abandoned ruins of civilizations lost to history in the Sahara Desert.

This is the Djado Plateau and this is where our Ancestors once lived, about one thousand years ago.

The Akan named the plateau GYEADOM, meaning a state that welcomed all groups of people into its abode. This was typical of matrilineal societies.

The Djado plateau was an oasis in the middle of the Sahara. It was perfect for raising livestock, herding goats and building settlements.

The state of Djado (Gyeadom) was a mixture of several ethnicities.

The three major ones were:

The Djado plateau people, carved wood and stones. They did pottery and raised livestock Their buildings were made from mud and stones.

Djado was an oasis that served as an important trading center on the trans-Sahara routes.

It was a prosperous kingdom, but it could not survive attacks from the Arabs who invaded Northern Africa during the 8th-10th centuries.

The people of Djado, were forced to abandon their community.

The majority of them headed south and came to settle along the Niger Bend, in an area between Djenne and Timbuktu.

The Djado plateau was declared, a UNESCO WORLD HERITAGE SITE, due to her cultural significance, in 2006 Justification of Outstanding Universal Value

Criterion (i): The rock stations are representative of the creative genius of the ancient populations of the Sahara as in Tassili n'Ajjer, in Adrar and in Air.

Criterion (iii): The Fortins represent the first architectural elements in dry stone and clay that are found from Tichitt Walata in Mauritania to Tibesti (Niger-Chad borders). They symbolize the first organized civilizations of the drying up period of the Sahara: Garamante, Libyco-Berber, Toubou, and other groups of black population.

Their state capital was Kumbi-Saleh, currently located in Southern Mauritania.

They became rich through Gold production, Farming and Taxes earned from salt-traders who used the routes that linked West and Central Africa states with the Mediterranean Sea.

The Empire of Warlords became known as the Ghana Empire.

The Ghana Empire was at her peak-height around 1050 C.E.

From 1062-1076, the Soninke-nation engaged in a 14-year-war with the Almoravids. The war ended with the burning of Koumbi-Saleh.

The Wagadu Empire was able to retake her capital city, but it was greatly weakened by the war. It was eventually absorbed into the Mali Empire around 1240 C.E.

AKANS ON THE NIGER BENT

The Akan refugees arrived at their new settlement when Ghana Empire was less powerful.

The area was inhabited by indigenous groups but the Akan Ancestors came to dominate the indigenes, and subsequently absorbed then into their matrilineal system.

They were engaged in pottery, livestock, trading

JOURNEYS TO THE SOUTH

The Tebus did not stay long on the Niger Bend.

They came further South to settle in Gbon-Dja (Gonja) area. They left the Guans and Gya-groups behind.

Around 1076 CE,the Almoravids overrun the Gya-settlements, the Akan Ancestors were forced to flee further South.

They did not want anything to do with Islam; they wanted their independence.

The Guans headed directly South. Their first stop was an area occupied by Grushie-Speaking Mo people. They were able to establish a federation with the Mo people.

In the 13th Century, the Mossi people of Yatenga came to drive the Guans and the Mo people away from the area.

They were given refuge by their old allies the Tebus, in Gonja.

The Guans, now known as Gbon/Brons were inspired by the Gonja success story. (The Tebus had left the Niger Bend earlier to establish their own state of Gonja.)

They wanted to establish their own states too.

The first to do so was Ohenebabaa Ameyaa. Ameyaa, her 3rd Son Asaman, and their followers crossed the Black Volta to establish their own Bono State/kingdom in1295. They soon built other settlement areas and made Bono-Mansu their State Capital.

Bono state was the first, to be established permanently in the past millennium in the Gold Coast.

Other Guans followed the direction of the Black Volta. They established numerous settlement areas in the Volta basin, and the Akwapim mountain range.

Others headed in the Coastal direction to reach the Efutu areas around 1390 C.E.

The Bono State accommodated many of the Ancestors of the future Akan states.

The Gya group together with the remnants of Guans and Tebus took a South Western direction.

They finally came to settle in the Ivory Coast territory, where they established the Kingdoms of Bouna and Kumbu (Akwamu)

With the collapse of the Ghana kingdom in 1275 a group of displaced Soninke, known as the Mandes, headed South.

The Mandes were said to be ferocious fighters who hacked into pieces the bodies of their Enemies. They came to conquer the Buona and Akwamu states in a war during the 16 th century.

Refugees from the Akuamu state passed through the Bono kingdom, prior to establishing their own New States:

Refugees from the Buona state in the Ivory Coast entered Ghana Territory on two fronts:

Those who settled in the Adansi District (Akrokyere), and those who joined the Bono kingdom (Bono-Manso)

Those from the Buona kingdom who passed through the Bono kingdom, prior to establishing their own states included: Juaben, Bekwae, Kumasi, and Kokofu.

The Bono State that nurtured most of the early Akan states; was eventually defeated in 1740 by the Asante (Ashanti) State.

Esa-Nti, Ntim Gyakari's remark (when he heard that 5 states had formed a united front against him) was adapted as the name of that Union.

Where did the Akan-speakers originally, come from?

Could it be that they originated from the Middle East, and gradually undertook the South-Western journey to the kingdom of Djado?

Dr. Joseph Boakye Danquah (1895-1965) was a lawyer, a philosopher and a social anthropologist.

An anthropologist is someone who studies the culture and social developments of societies.

Dr. J. B. Danquah believed that the Akan Ancestors were the Ancient Sumerian Akkad (because of their cultural and linguistic similarities. From the Middle East, the Akans made their way through Egypt, Abyssinia, and Sudan before reaching the Sahara.

British Anthropologists Henry, and his brother George, Rawlinson believed the Kushites (Tebus) were the first to inhabit the Tigris and Euphrates. (The descendants of the Tebus in modern Ghana are the Gonja people)

George Rawlinson wrote in his book, The Origin of Nations, pp 212-213, the following,

Sir Henry Rawlinson, the earliest decipherer of the ancient Babylonian monuments, came to a completely different conclusion in 1858. A laborious study of the primitive language of Chaldsea led him to the conviction that the dominant race in Babylonia at the earliest time to which the monuments. reached back was Cushite. He found the vocabulary of the primitive race to be decidedly Cushite or Ethiopian, and he was able to interpret the inscriptions chiefly by the aid which was furnished to him from published works on the Galla (Abyssinian) and the Mahra (South Arabian) dialects. He noted, moreover, a considerable resemblance in the system of writing which the primitive race employed, and that which was established from a very remote date in Egypt. Both were pictorial; both to a certain extent symbolic; both in some instances used identically the same symbols. Again, he found words in use among the primitive Babylonians and their neighbours and kinsmen, the Susiauians, which seemed to be identical with ancient Egyptian, or Ethiopic, roots.

Dr. Danquah could be right on his assertion that our Ancestors came from the Middle East. The Akkadians used symbols and drawings to communicate; so, do the Akans.

Here are samples of the Akkadian texts borrowed from OMNIGLOT, the online Encyclopedia of writing systems and languages. https://www.omniglot.com/writing/akkadian.htm

Article 1 of the Universal Declaration of Human Rights

All human beings are born free and equal in dignity and rights. They are endowed with reason and conscience and should act toAwards one another in a spirit of brotherhood.