Nigeria presidency says leader at work after aide gets virus 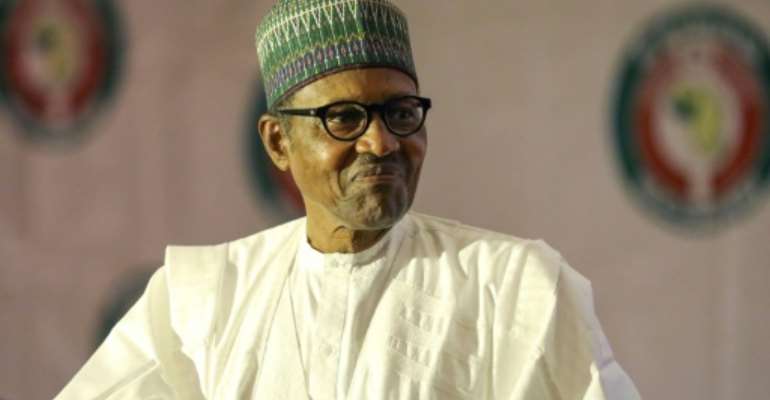 Nigerian President Muhammadu Buhari's office says he is at work after his chief of staff tested positive for the virus. By Kola SULAIMON (AFP)

Nigeria's presidency has insisted that leader Muhammadu Buhari remains hard at work in a bid to quash rumours about his health after his chief of staff tested positive for coronavirus.

"The President tonight at the State House, at work," his office posted on Twitter Thursday, over an undated picture of Buhari looking at papers behind his desk.

His spokesmen also released a "special message" from the president to the nation outlining some $27 million (25 million euros) in emergency funds to bolster the fight against the pandemic.

"I urge all Nigerians to be mindful of those among us who seek to spread panic and misinformation, and sow confusion at this time," the president said in the statement.

The health of Buhari, 77, is a closely guarded secret in Nigeria.

The leader made several trips to London during his first four-year term for a condition that has never been disclosed.

Earlier this week it emerged that his powerful chief of staff Abba Kyari had contracted COVID-19 after travelling to Germany.

The presidency has not officially commented on Kyari's diagnosis, but it was confirmed by other sources after a raft of top officials announced they had taken tests for the disease.

The president has not been seen in public for several days, prompting some in Africa's most populous nation to ask questions.

Spokesmen for the president have dismissed speculation about his health or whereabouts as "fake, fake, fake" and the product of "diseased" minds.

But on Friday #Buharichallenge was trending on Twitter in the country as Nigerians poked fun at their tight-lipped authorities.

Buhari, a former military leader, has headed the country since 2015 and last year won another four-year term in power.

Nigeria has so far confirmed just 65 infections in the country of around 200 million.

Authorities have closed airports and borders and shut schools across the nation as part of a series of measures aimed at curbing the spread of the virus.