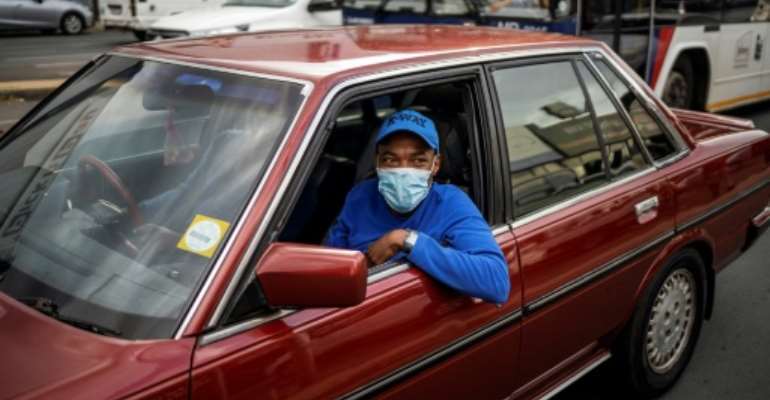 Face masks are becoming an increasingly common sight in Johannesburg as the coronavirus spreads throughout sub-Saharan Africa. By Michele Spatari (AFP)

Numerous sub-Saharan countries acted to stem the spread of coronavirus on Monday, with South Africa announcing a soldier-patrolled lockdown and Senegal and Ivory Coast each declaring a state of emergency.

The pandemic had been slow to spread in Africa compared to the Middle East and Europe, but in recent days the number of deaths and infections have increased, sparking concerns about the continent's vulnerability to contagious diseases.

South Africa's President Cyril Ramaphosa said the government had "decided to enforce a nationwide lockdown for 21 days" from midnight Thursday to "avoid a human catastrophe".

There have been more than 400 coronavirus cases in Africa's most developed economy -- the highest in sub-Saharan Africa -- with the number multiplying six-fold in just eight days.

Ramaphosa said the numbers could spiral given that South Africa has "a large number of people with suppressed immunity because of high HIV and TB and high levels of poverty and malnutrition."

"This is a decisive measure to save millions of South Africans from infection," he said. "Without decisive action, the number of people infected will rapidly increase... to hundreds of thousands."

Ramaphosa said the army would patrol the streets along with the police to ensure the ban is respected.

'The situation is critical'

Senegal declared a state of emergency as well as a dusk-to-dawn curfew starting on Tuesday.

"I say this to you with solemnity -- the situation is critical. The speed of the progress of the disease requires us to raise the level of the response," Senegalese President Macky Sall said late Monday, calling the pandemic a "true world war".

Fellow West African nation Ivory Coast ordered a similar curfew, as well as progressive confinements measures based on the geographic spread of the virus. 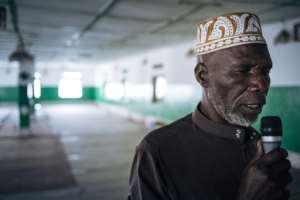 In the centre of the continent, DR Congo locked down its second city Lubumbashi for 48 hours on Monday and deployed security forces. Streets were deserted and stores were closed, an AFP journalist said.

The move came after two people with coronavirus arrived on Sunday on a flight from the capital Kinshasa. 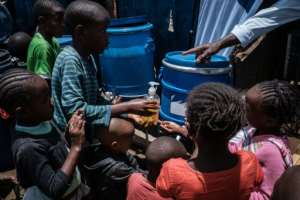 The reason for this is unclear, but many African countries have used the precious time to impose travel restrictions, close schools and appeal for social distancing.

However, those numbers are now rising significantly.

According to a toll compiled by AFP, the number of known cases across the continent -- including North Africa -- stood at more than 1,600 on Monday, of which some 50 have been fatal.

The first detected case south of the Sahara was announced in the Nigerian city of Lagos on February 28, and the first death was reported in the Sahel state of Burkina Faso last Wednesday.

That was followed by fatalities in Gabon, the DRC and Mauritius.

On Monday, three more countries were added to this list: Nigeria -- the most populous country in Africa -- as well as The Gambia in western Africa, and Zimbabwe in the south.

Ghana on Monday closed schools and universities and suspended public events, while in Burkina Faso a security source said the authorities "were thinking more and more about total confinement of the population for two or three weeks". 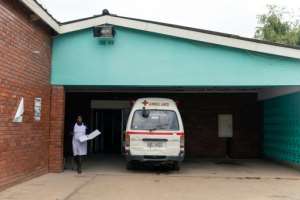 But lockdowns too can have a catastrophic effect in countries where there is little or no social safety net to help people buy food or pay their bills.

"In reality, partial or total confinement could have disastrous effects for the African continent," Cameroonian writer Calixthe Beyala said on her Facebook page.