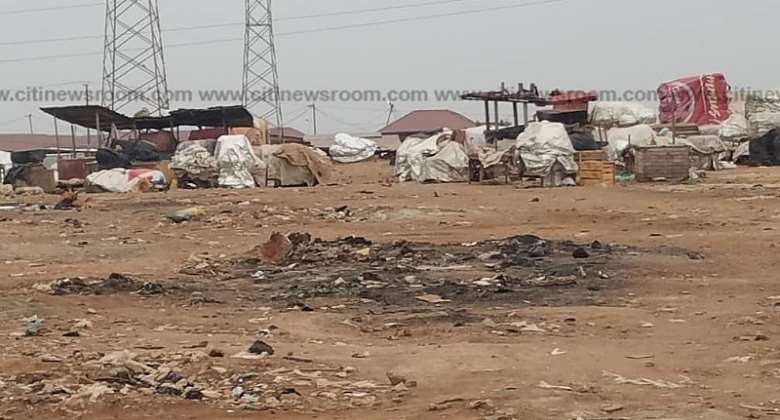 Some eight traders have been arrested and cautioned by the Ashaiman Divisional Police Command for flouting the directive not to sell at the Ashaiman market today [Monday] March 23.

The eight were picked up by a joint taskforce from the Ashaiman Municipal Assembly and the Ashaiman Divisional Police at the Ashaiman Mandela market where they were secretly selling to the public.

Citi News’ Elvis Washington reported that at the Ashaiman Mandela market, traders had neatly covered their wares and absented themselves from the market to allow the exercise to be conducted.

Government is disinfecting about 137 markets in the capital today, March 23.

All four entrances to the Tema Community One market were closed as authorities prepared to disinfect the market around 6.30 am.

About 1,300 sprayers are disinfecting markets in 28 districts of the Greater Accra Region.

The sprayers are using Chlorine Dioxide and Sodium Hypochloride for the exercise.

The decision to disinfect the markets was arrived at in consultation with the various market leaders in the wake of the increasing cases of COVID-19 recorded in Ghana.

The virus has so far infected 24 people in Ghana, with one of the infected patient dying.