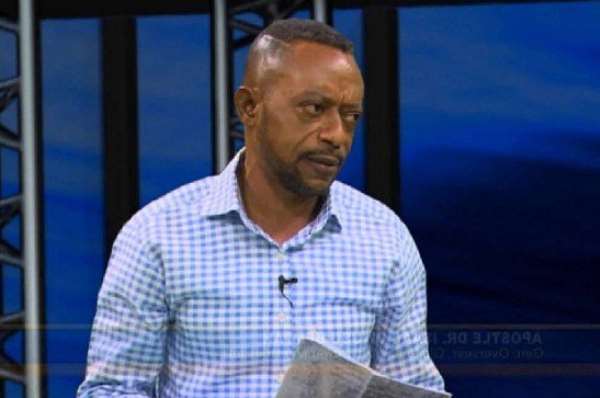 In the spiritual realm, according to him, Mr. Mahama, who is the National Democratic Congress (NDC) candidate for this year's presidential election, has been ruled out from winning any presidential polls again.

As a result, Rev. Bempah stated that Mr. Mahama could adopt the best campaign strategy in the system to woo the electorate, yet he would be rejected when the electorate cast their ballot on December 7.

“And when I entered another realm in the spirit, I saw former world leaders who can't be presidents again; such people had their thrones turned upside down to indicate that their former glory days were over.

“Significantly, Mr. Mahama's throne was among the thrones that were turned upside down; so that is a clear message from God that Mr. Mahama can never be Ghana's president and nothing can change this fact,” he pointed out.

Speaking in an interview with Omanhene of Kumasi-based Kessben FM, he stated emphatically that he doesn't have any diabolical intentions against Mr. Mahama and the NDC, saying “I only state what God has revealed to me.”

He said the upcoming presidential election is a done deal for President Akufo-Addo and the New Patriotic Party (NPP), adding that “I know the next president for 2024 but I will declare that person after the 2020 polls”.

According to him, prophecies from God had been in existence since the beginning of the creation of the world, indicating that God still reveals hidden issues and things that are about to happen to his prophets to help mankind.

Rev. Bempah stated that he doesn't give prophecies to become popular, indicating that all his prophecies are from God. “I foresaw the death of former President Mills, but when I tried to see him to stop it, I didn't get the chance,” he claimed.

Besides, he noted that he prophesied correctly about the NDC's electoral victories in the 1990s and 2008. He pointed out that he doesn't give prophecies to favour the ruling NPP, adding that he is a genuine man of God.

According to him, his reputation and credibility are always at stake whenever he gives prophecies about things that are about to happen, saying he would never give prophecies to please anybody.