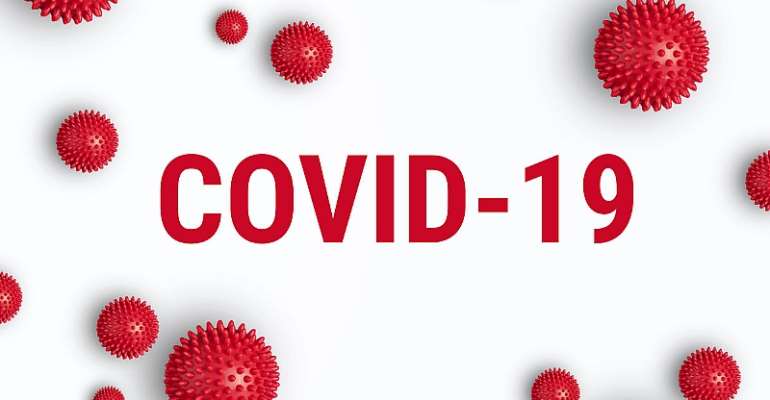 The buck stopped in the President's office at the Jubilee House on the Independence Avenue, via the famous Arko Adjei Interchange. It was more than a 3:00am phone call. And perhaps more than a political debacle. COVID-19 is in town! The guy that smells like miasma has put his hands on Ghana.

So, on Sunday evening, March 15, 2020, President Akufo-Addo took a cue from governments around the world that have taken measures to stop the spread of COVID-19 the pandemic respiratory disease.

In a swift move, the President's travel advisory committee has discouraged all travels to the country until further notice. "Also by Tuesday 17, March 2020 any traveller who within the last 14 days has been to a country that has recorded 200 cases of persons infected of COVID-19 disease would not be permitted into the Ghanaian jurisdiction, except for Ghanaian citizens and persons with a Ghana residence permit."

What does this tell you?

We're indeed, experiencing something quite unusual. Schools have been closed down until further notice, churches, Mosques and funeral activities have equally been banned.

And I think the President articulated it better:"These are not ordinary times. So let's all put our shoulders to the wheel," Mr. Akufo-Addo said.

He was addressing the nation on Sunday evening as the nation records its 6th COVID-19 case. It's also the first in three days (March 12th) after he made similar appearance on the national Television sets. All the infected individuals had travelled from abroad---Europe and North America. The good news is they're all in a stable condition while contact tracing effors are underway.

To this end, as aforesaid, the President has directed the management of schools in the country to shut down effective Monday, March 16, 2020, until further notice.

He said, "All universities, Senior High Schools and basic schools ie public and private schools, will be closed Monday, March 16, 2020, till further notice.

The Ministry of Education, in collaboration with the Ministry of Communication, has been tasked to roll out distance learning programmes."

However, President Akufo-Addo stated, "BECE and WASSCE candidates will be allowed to attend school to prepare for their examinations but with prescribed social distancing protocols."

Meanwhile all public gatherings including conference, workshops, funerals, festivals, political rallies, church activities and related events as part of measures to stop the spread of the pandemic disease in the country.

According to the President, the ban will be in force for the next four weeks.

“I have decided in the interest of public safety and the protection of our population to review the public gathering advisories earlier announced as follows. Firstly, all public gatherings including conferences, workshops, funerals, festivals, political rallies, sporting events and religious activities, such as services in churches and mosques, have been suspended for the next four (4) weeks. Private burials are permitted, but with limited numbers, not exceeding twenty-five (25) in attendance,” the President said.

According to the World Health Organisation (WHO) COVID-19 has claimed 5,800 people, with over 153, 000 infected cases worldwide. Elsewhere, in Europe Italy has recorded 368 Coronavirus deaths in 24 hours with more than 1,809 infected cases. And Spain has 2, 000 new cases.

In the Middle East, Iran recorded 100 deaths in 24 hours. While in the Far east Manila Philippines has been sealed off as part of the government's measures to stop the spread of the pandemic disease.