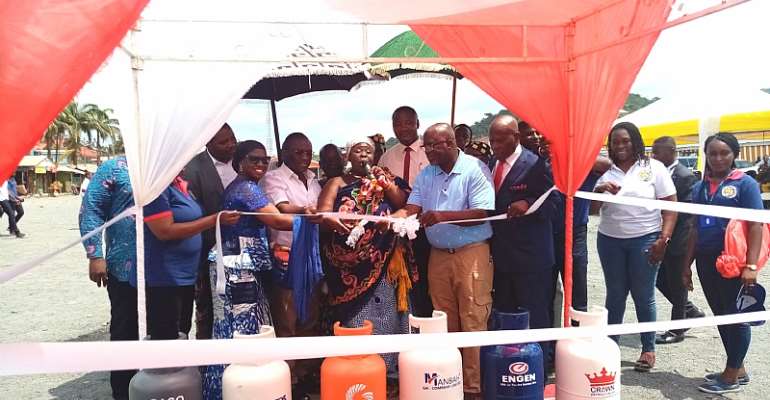 The National Petroleum Authority (NPA) led by its CEO Hassan Tampuli on Tuesday, 10th March launched the Second phase of the Cylinder Recirculation Model (CRM) in Obuasi in the Ashanti region.

Speaking at the launch, which was under the theme SECURING OUR SAFETY ; CREATING MORE JOBS, Mr. Hassan Tampuli said the President, His Excellency Nana Addo Dankwa Akuffo Addo on 12th October, 2017 in a Cabinet meeting, informed the Minister of Energy to direct the National Petroleum Authority to roll out the Cylinder Recirculation model to deal with the incidence of Gas Explosion in the Country.

As a result, he added, views and criticisms of the general public through their community engagements have helped to shape the contents guiding the policy rollout.

He praised the Asantehene Otumfuo Osei Tutu II, the Okyehene Osagyefo Amoatia Ofori Panin National House of Chiefs and the Council of State for their enormous contributions and support to the Cyclinder Recirculation Model of LPG distribution.

Mr. Tampuli said, "the policy is in response to increasing incidence of Gas Explosion in the country with the Atomic incident which claimed 7 lives still fresh in our memories".

Kwaku Agyeman Duah, the Pilot Committee Chairman also said the Committee was formed to make the pilot process successful. It includes Stakeholders in the Gas Business such as the Ghana Standards Authority, NPA, the Ministry of Energy, the OMCs and the Gas dealers

"It is our expectation that, 55% of people will be able to use Gas without any form of accident or explosion", he added.

The Ministry of Energy in a statement also said by the year 2030, it is expected that the existing 25% of people who use Liquified Petroleum Gas will increase to 50%.

Honorable Adansi-Bonah, the Municipal Chief Executive for Obuasi in his welcome address called for the support of the people of Obuasi to make the policy successful. He said it will provide the needed safety measures to deal with the incidence of Gas explosion.

THE CYLINDER RECIRCULATION MODEL
The proposed new LPG distribution model will begin with the LPG Bulk Distribution Company (LBDC), whose responsibility will be to either import or buy the LPG from local refineries or/and gas processing plant, such as Tema Oil Refinery and Ghana National Gas Company, and store the LPG in their Bulk Storage facility.

The LBDC will then sell the LPG in bulk to either the Bottling Plant for the sole purpose of filling the empty cylinders or to the LPG Marketing Companies (LMCs) for bulk sale to industrial end-users – factories, restaurant, and mini-power plants- and also to autogas users.

Specialized trucks will be used to transport the filled cylinders from the bottling plants to the retail stations or exchange points, where consumers will exchange their empty cylinders for filled ones.

A minimum of 4,000Mt capacity storage depot shall be used as the primary receiver of LPG either from imports or from domestic production, with gantry facilities for discharge into BRVs. This will be the preserve of an LBDC. 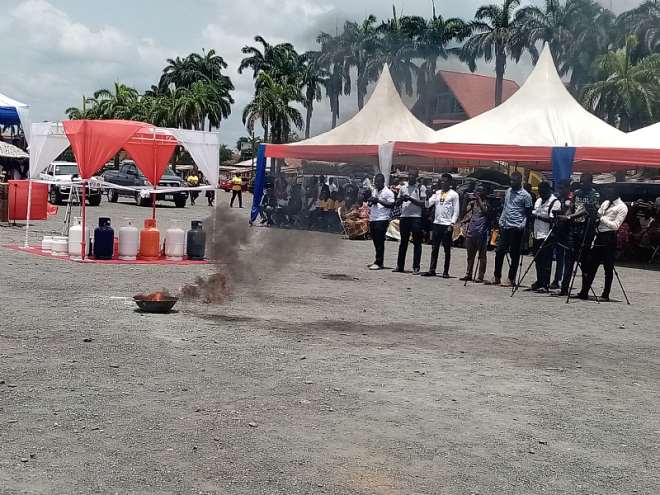