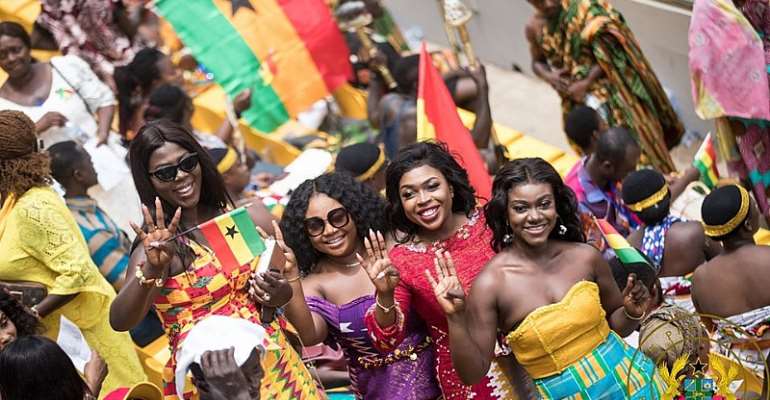 “We shall measure our progress by the improvement in the health of our people; by the number of children in school, and by the quality of their education; by the availability of water and electricity in our towns and villages, and by the happiness which our people take in being able to manage their own affairs. The welfare of our people is our chief pride, and it is by this that my Government will ask to be judged.” – Dr Kwame Nkrumah Broadcast to the Nation. 24 December 1957.

Every year on March 6th, Ghanaians all over the world celebrate the uniqueness of who they are as a people, reflect on the legacies that their forebears bequeathed to them and rededicate themselves to leaving a solid legacy for the generations yet unborn.

On this historic day, we, members and supporters of the People's Democratic League (PDL) join other Africans on the continent and the diaspora to extend warm wishes and message of goodwill to Africans in Ghana on the occasion of 63rd anniversary of independence and democratic self-rule. We join Ghanaians in celebrating this important day as part of their long proud history in Africa.

We wish to acknowledge the immense sacrifice that Ghana made to end the brutal fratricidal war in our country in the 1990s. Sierra Leone has now relative peace, which we believe should have been used as an opportunity to renew political commitment to promoting sound economic management, good governance, fostering economic and social development and contributing positively to the realization and maintenance of peace, security, stability and development in Africa as a whole and West Africa in particular. The pursuit of democratic principles anchored on human rights of all citizens of Sierra Leone, free and fair elections, accountable and good governance should be the focus of the government in Freetown and its people. Unfortunately, these cherished principles are not allowed to give expression in Sierra Leone.

Today is a day that means a lot to all of Africans everywhere. A day of reflection to measure the gains of independence; and a day that came about as a result of awakening consciousness, teamwork and unity; and a day that came when Ghanaian men and women decided to work together irrespective of tribe, religion, group, profession or interest.