63 Years Of Independence: Where Is The Black Star? 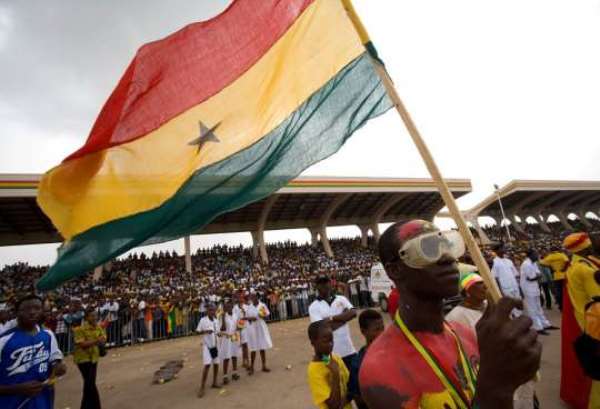 In early 1900, Marcus Garvey formed the United Negro Improvement Association (UNIA) for the cause of African liberation. It was through the success of this association that the liberation movement in Africa gained momentum. The ‘Negro World’ newspaper penetrated the shores of Africa and reached Africans across the globe. The members of the West African Student Union (WASU) and African nationalists like Nnamdi Azikiwe, Wallace Johnson carried on the dream of a black man nation.

In an epoch where black people were subjected to colonial rule across the African continent and oppression across the world, the UNIA couldn’t have been successful without it business initiatives. One of these business ventures was the “black star line” which facilitated the transport of goods and Africans across the Atlantic. The name ‘black star’, carried a message of black peoples’ greatness.

The ideology behind such a phrase was to defeat the inferiority outlook of African people and establish a superiority complex in black people. At a minimum, it expressed the building of a powerful black nation, for Garvey believed in black superiority. It was this message that influenced the CPP rhetoric for the national symbols of Ghana, they were conscious of making the black man shine across the globe and that meant all black people.

It was no coincidence Kwame Nkrumah stated, “ the independence of Ghana is meaningless unless it is linked up with the total liberation of Africa.” The desire to prove the efficacy and capacity of black people to build their nation equally prosperous and better than other race was the foundation on which this nation was formed. After sixty-three years of independence, do we realize a black star or a downtrodden continent? is Ghana in a position to lead the African liberation and serve as model? Have the foundation on which this nation was set been destroyed?

The state Ghana and the black star.

This was the reason why Ghanaian soldiers died fighting for the freedom of other African nations as far as to the region now called Zimbabwe, this is why the government of Ghana loaned ten million pounds to Guinea to strengthen their break away from French colonial rule, this is why Ghana hosted the 1958 conference of independent African state (the first in history), this was the reason why Ghana proposed sanctions on the Apartheid south African government and threaten to redraw from the commonwealth, this was the reason why the African union was formed, it was this same ambition to prove the black man’s ability that hundreds of industries were set up and numerous power projects were undertaken in Ghana.

The black star was a reminder that black people are capable of shining to the rest of the world and building their own nation. Ghana was to be a model nation to the rest of the African nation. Ghana was to command respect for all African people through all state efforts to ensure that the slave tragedy and colonial aggression against black people will never repeat in history again by providing the antidote, this antidote was black empowerment. The foundation and rational for the state Ghana is embedded in the black star. This purpose is the black model nation, the center of black peoples’ freedom.

Is Ghana a representation of black star in 2020?

Black people suffered servitude for over 500 years, our nation additionally suffered under colonial exploitation for 113 year, the total number of years we lived as colonized people far exceeds the 63 years of self-rule. It will be a blatant lie to hold that we have misgoverned ourselves if we compare the developments that took place in our 113 years of colonial rule and the 63 years of self-rule, however judging from the foundation upon which Ghana was established we must admit that we have failed to meet the expectation that qualifies us as black stars. Instead of building an independent nation, we are in debt of 23 billion dollars, after 16 times IMF bailout and debt relief since, while our state continues to rely on foreign aid to meet the annual budget.

Instead of championing the fight against exploitation of black people, our subsequent governments think it wise that foreign companies held by few capitalists owns 80% of our oil while the over 30 million populated state takes 20% and our oldest mines gives 90% to Anglogold; an American company, while the state holds 10%. As if that is not enough government is taking efforts to hand over our bauxite deposits to Chinese companies without compulsion.

Instead of resisting the colonial relationship, our state continue to rely on primary production, instead of waging a scientific revolution, some regimes gave our nuclear equipment to USA, some collapsed the existing industries and others are starving our science institutions of funds and support as well as impeding individual initiatives; the Kantanka industry regardless of it efforts, is not only ignored but sabotaged by government’s deals with foreign automobile companies. Instead of preparing against imperialism and the future colonization and control by foreign hegemonic nations, our military are trained by US soldiers, with their ‘military base’ right in the middle of our capital city.

Have we forgotten how we were colonized in the first place. The Fantes call for British military support ended up in punishment to the Fante confederacy and the subsequent subjection of both Fantes and Ashantes to 113 years of British oppression. If the black star is the representation of emancipated black great nation then are we the anticipated black star in 2020.

It is plain that the foundation upon which Ghana was established has been pursued only for the first six years of our statehood when Kwame Nkrumah was in power, the military violence and counter military violence created a failed state, a transition from a ‘black star’ foundation to a neocolonial foundation.

Our love for Ghana as a people is dwindling as compared to the manner we adore European nations, the money we spend to look European; wigs, perming creams, bleaching creams, because of inferiority complex, thus the black pride has become a failed dream. Our resources are controlled by foreign mining companies, our monetary policies are determined by the IMF, and our market is overshadowed with foreign manufactured goods while our national budgets cannot be prepared without foreign aid.

The additional pain is the leadership who are willing to sell every inch of wealth to foreigners instead of undertaking the painstaking job of industrialization because they seek a fulfilled life without antagonizing any world powers. The same mentality that caused some to sell their fellow Africans into slavery for mirrors and guns is the same mentality that causes our Ghanaian leadership today to allow foreign exploitation; their selfishness and myopia.

The battle to build mother Ghana therefore goes beyond the economics, it is a restitution and restoration of the black star cause. The will and vision to take Ghana to a model that serves all African people regardless of the foreign pressure and nepotistic demands that African leaders face. The call to awakening is to the youths. As we celebrate our independence, we must see the burden the black star puts on us as greater than this mediocre leadership performance that breeds individualism. We are losing the black star status, and we must can claim it back. Long live Ghana. Long live the black stars.

Group demand justice for Fulani who died under mysterious ci...
16 minutes ago