The six argument: Homosexuality is not a human right 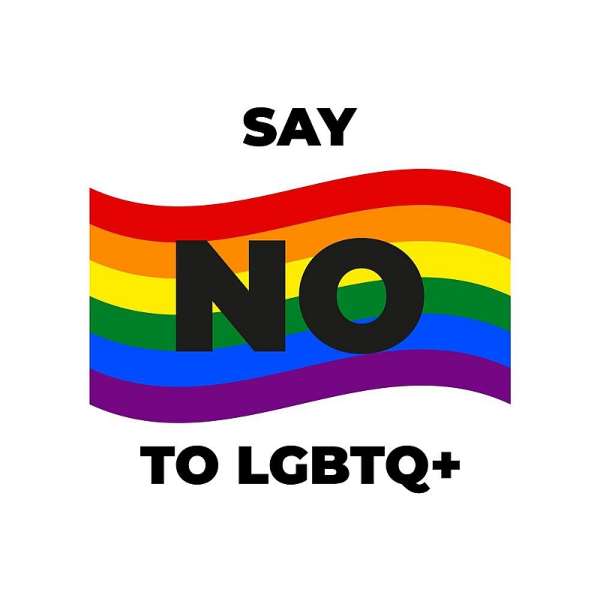 Everyone must indeed have their right to life and other basic fundamental rights as humans regardless of the nation or peculiar culture they belong to. However, the question of the universality of moral values obviously fails to enhance pro homosexuals in their attempt to protect homosexuals across the globe as well as the Anti homosexual groups and individuals who limit themselves to their scriptural values as the sole justification for infringement on homosexuals in their pursuit of their supposed sexual orientation.

On the one hand, pro Homosexuals; which is now inclusive of Lesbian, Gay, Bisexual and Transgender(LGBT) individuals stand that; respect for human right and sexual orientation must be universal and such values must be upheld by all cultures and all nations on the bases of human right and liberty.

On the other hand, is religious groups and cultures especially in Africa that views homosexuality as deviance and sin, within these religions and cultures are values that views not the human right claims of the LGBT movement but one of values or what is considered to be morally wrong in their beliefs and practices. The fear on both side of this contention is: for the anti homosexuals; the necessary justification to oppress the movement so as to prevent any future legalization . But the pro homosexuals fear of the longevity of legalization in Africa.

Whether or not homosexuality will be legalized in Africa now ,later or never depends on the side that wins the intellectual battle. The LGBT movement have the media and finance but the dominant anti homosexuals in Africa seem to stick to their scriptures and culture as the only defends. This handicap compelled this right up as an attempt to actually raise formidable logical and science-based arguments that rather support the anti homosexuals' proposition while revealing the rather flawed arguments of right to sexual orientation as advocated by the LGBT movement.

All nations set boundaries on right to sex

The decision to intercourse with a man or woman is a right. A personal decision between two adults who have given consent to who ever they want to be intimate with or the genitalia and gender they prefer. Let first evaluate the case of right to intercourse with another person. There are laws that prohibit sex with a juvenile with or without their consent across nations. The justification to prohibit your right to sexual intercourse with a juvenile is based on the grounds that the individual you want to have sex with is inappropriate and not matured to make such a decision. In any case, you have been prohibited by law from having sex with such group of people(juvenile). Another case of prohibition is one without consent which is unlimited to age group; this is classified as rape. And again another case of prohibition from sexual activity is one of close family member, what has been describe as incest. Sex with your mother or father is prohibited not on the bases of right but inappropriate choice or partner whether both are matured or not. Finally sex with animals is prohibited whether you own the animal or not, this is described as bestiality. The argument here is that, there are precedence of sexual prohibition on the grounds of appropriateness and social implications across states. What justifications would we use to prevent a man from marrying an animal, or intercourse with his aunty, parent or grandparent if we scrape the societal inappropriate concerns by basing on right to sex to allow homosexuality.

What is the essence of human right?

What really qualify as a human right? We must agree that human rights is social in itself for whether or not a right should be fundamental to all is still based on what we agree as a human race and society. Thus, the human race will have to drive at preserving humanity when it comes to right. Once we agree to preserve humanity, then we must provide the rules that preserve the life of every man; this necessitate right to life, to live free from murder and harm. Follows then, one must have right to all things that makes him or her live comfortable, therefore right to shelter and other peripheral rights. In the quest of human rights, the essence should be rules and regulations that preserves and advance humanity. The question we must answer before we jump on right in this discourse is: how homosexuality preserve and advance humanity. how does homosexuality makes human life better? how does fucking an anus, changing your genitalia, dressing or addressing a man as a woman preserve the essence of humanity? There is therefore a need to prove how prohibiting pleasure of the anus can bring humanity to an end, before we can conclude that homosexuality is a human right.

No gay gene, no scientific bases

Over the past few years, homosexual right arguments has been based on the claims of biological make up or possible genetic trait, but recent research in the US and Europe has proved otherwise. There are no gene that makes one to sexually desire same sex partner. This research rather points out that same sex desire is socially determined. According to Dr. Omar Johnson; psychologist based in US, almost all his homosexuality patients had some history of sexual abuse. It important to also highlight that homosexuality was categorized as a mental disorder by psychologists in US up until 1973. Sexual desires are socially determined. Sexual desires are usually unpredictable. sexual drive do make individuals desire a partner they may not be proud of or really want as a partner. Social circumstances determines your sexually desired person. Humans are not born Homosexuals, society makes them so.

An organ has been scientifically defined as group of tissues working together for a particular purpose. Is there a need to redefine the purpose of the anus?

All the tissues in your anus and rectum contain the muscles for contraction and expansion purposely to eject waste from the body (faeces). We needn't be too academic, the anus is a shit hole, period! If someone is eating with the foot, they have probably lost arms which are meant for such purpose, if one starts feeding through the nose or throat then it is obviously due to a health condition. A deformity preceded by therapy. If one for some emotional reasons wants to crack nut with the eyes, walk with the arms or swallow through the nose, it is obviously one of mental handicap and a disregard for the true purpose of their organs and organ systems. The likely result is self-damage.

Sex addiction is the problem

Do not try anything sexual with a same sex person. It is a body you are dealing with. Once you get stimulated and it feels good, you will be tempted to do it again and again. Your genitalia and lips cannot determine a male or female palm or lips, rub it and you will orgasm. Close your eyes and feel any soft lip touch, or palm and you will probably yearn for more. Then the world will be full of homosexuals. Sexual addiction is the problem, not right to sex. Humans are not born smokers, but once you try and it feels good, you will get addicted.

If therapy isn't working , it doesn't mean you were born to be so. If you try same sex once, you may try again. Some tried 'drugs' once and it is now their way of life. The next day, you will be on the street fighting for the right to smoke all manner of herbs. Homosexuals are addicted and they need help. If you think it is okay, then you are probably addicted. There are several cases where persons who think they are gay or lesbian ended up with opposite sex partners or both. I warn you not to try anything sexual with same sex person. You will end up calling your self gay or lesbian or bisexual and who knows what. You wouldn't want to cry out helpless over an addiction. You would still want respect and recognition. But you were not born homosexual, you are addicted.

You biological makeup is you.

We don't need any lecturer on where a penis should penetrate in sexual intercourse. This is a scientific and social fact, a man must be attracted to a woman sexually and vice versa. For our biological makeup creates that attraction, then the process of fertilization and the rest that leads to procreation follows.

The evidence of almost all organisms following this pattern is not far-fetched. Your body or biological makeup determines your gender. The cases of confusion arising from abnormal development have scientific procedures available to correct these problems. It is only out of rubbishing of scientific facts that society will allow individuals to be homosexuals.

These are persons who sexually desire something they already possess. These are persons who end up seeking to change their biological makeup. Then the room is created for those who want to have animal features and on. Then a great number of humans will end up with series of side effects after surgery upon surgery. The confusion of having an affair with transgender individuals. These are a few of the broad implications of allowing individuals to alter and do what is contrary to their biological makeup.

The issue of Homosexuality is social, environmentally determined behavior in humans which have no scientific bases, a practice that does not advance humanity in any way and pose no greater threat to lives when prevented. It is a problem of individuals who are addicted to a sexual behavior. The danger associated with legalizing such behavior is the plethora of sexual rights that follows it, and gender category confusion contrary to biological makeup. It is harmless to prevent such behavior for it practitioners to be in hideouts just like any other category of crimes.

Homosexuality is not a matter of human right, it is rather an overlook of scientific and social fact to promote sexual desires and addictions.

Akuapem Poloo conviction should serve as a deterrent to nude...
29 minutes ago