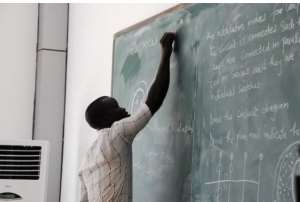 Angry Teacher Unions in the Northern, Savannah and North East regions have joined calls for Parliament to suspend discussions on the Pre-Tertiary Education Bill.

According to analysts, the Bill, when passed, will see basic schools, Senior High Schools and TVET being managed by the District Assemblies, Regional Education Directorate and a Director-General independent of the Ghana Education Service.

The Northern Regional Chairman for GNAT, Atta Longiya, noted that the teacher unions are not against the entire bill, but rather sections of it.

“If you look at the Bill, they are ceding the responsibilities of basic education to the district assemblies. We know that the district assemblies in Ghana, especially in these parts of the country, don’t have that capacity at least to manage the basic schools. They are also sending the senior secondary schools to the regional coordinating council to manage them and we know that, that will not auger well to the senior secondary schools. We know how many of the secondary schools the regional coordinating council can feed.”

“Look at the number of schools. How are they going to manage the payment of teachers’ salaries, infrastructure, and every other thing? So looking at all these, we need to take our time and get the grievances from the various unions so that we will be able to stimuli this Bill which will be passed so that nobody is affected,” he said.