‘I Don’t Care If I’m Fired; I'll Go And Work In My Father's Farm – Auditor-General 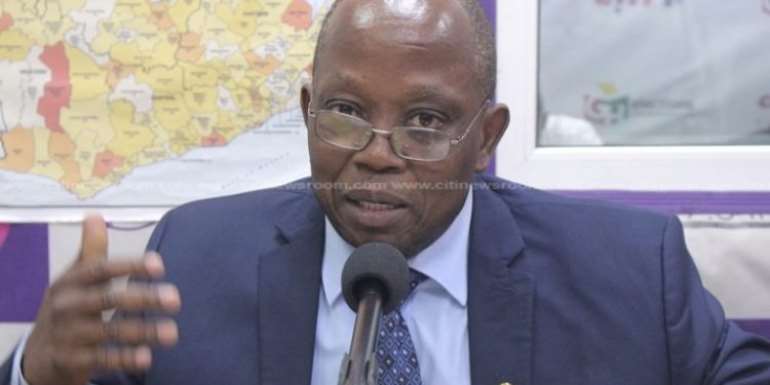 The Auditor-General, Daniel Yaw Domelevo has hit back at critics, saying he worries not if he is removed from office.

Mr. Domelevo had said public discussions of the work of the Audit Service must be based on principle and not personalities.

The Auditor-General has come under intense political scrutiny for some of his works; on Kroll and Associates and on GETFund particularly.

However addressing the 3rd Regional Auditors Biannual Conference in Ho, Daniel Yao Domelevo admonished all auditors to be steadfast and resolute in their service to the country irrespective of the backlash.

“Once you do good in society, society will not like you. Especially in our country Ghana, we have lived with the wrongdoing to the point where we have accepted it as a norm. We will continue doing our work and I will like to say have courage. You need courage to discharge your work. Be courageous. Nobody will kill you. The only thing that will happen is that you will lose your job and it is not the end of life. You may be transferred but that is not the end of life.

“Some people will say we will remove him like how we removed Charlotte Osei. Who says I care? I do not care so if today I have been told I have been removed that is it. Life does not end here. I tell my children they should not worry, at worst my father has a lot of farmlands. I will go and farm and feed this country so please be courageous and do your work for God and country.” ‘Domelevo’s woes’

Already Mr. Osafo Maafo and four other officials from the Ministry of Finance have initiated a court action against Mr. Domelevo to clear their names in relation to what was said to be breaches of the Public Procurement Act (PPA) that resulted in their payment of US$1 million to a private firm, Kroll and Associates.

Mr. Maafo in a statement said he was resorting to the courts because “the evidence available shows clearly that the Auditor-General erred in law and professional procedures in the exercise of his powers regarding his audit on payments to Kroll and Associates Limited.”

The Auditor-General has also been the subject of verbal attack since an audit report into the operation of the GETFund became public, with some persons mentioned in the report accusing him of being malicious and targeting them. ‘Stop attacking Domelevo’

The Special Prosecutor, Martin Amidu in response however condemned persons attacking the Auditor General over his professional work.

In an exclusive interview with Citi News' Umaru Sanda Amadu, Martin Amidu said the citizenry especially politicians must learn to separate the institution in question from the person of its head since doing otherwise amounts to intimidation.

“In this country, the political divide is both fighting anti-corruption agencies when they [the institutions] are doing their professional work…You can't fight corruption by politicizing it.”

“For instance the Audit Service, there is a provision for a surcharge. If the Auditor-General through the report of his staff cannot disagree with them and therefore supports their conclusions and surcharges you, the law provides an avenue [so] you can challenge it. Why personalize it to the Auditor General? That is intimidation so it makes the Auditor General incapable of performing the anti-corruption duty… It creates a problem for the fight against corruption. It is inconsistent with our avowed pronouncements as a nation that we intend to fight corruption because intimidating the head of an anti-corruption agency is a non-starter,” the Special Prosecutor said.