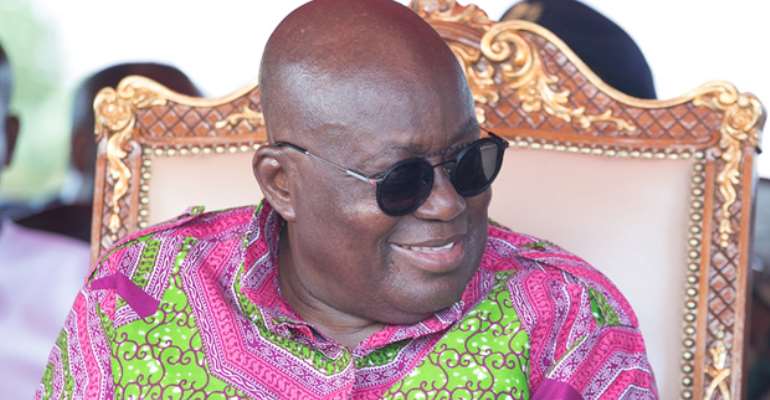 President Akufo-Addo has indicated that his administration is working seriously to place Ghana's economy as an enviable one on the African continent.

Delivering the 2020 State of the Nation Address (SONA) on Thursday in Parliament, he said, “Our current account deficit is shrinking, interest rates are declining, and the average annual rate of depreciation of the cedi is at its lowest for any first term government in the Fourth Republic.”

He also noted that Ghana's economic growth has rebounded to place it among the fastest growing economies in the world for three years in a row at an annual average of 7%, up from 3.4% in 2016, the lowest in nearly three decades.

The President stated that over the past few years that his New Patriotic Party (NPP) administration has been managing the economy, “We have reduced inflation to its lowest level (7.8% in January 2020) since 1992. For the first time in over 40 years, we have had a fiscal deficit below five per cent (5%) of GDP for three years in a row,” and that “for the first time in over 20 years, the balance of trade (that is the difference between our exports and imports) has been in surplus for three consecutive years.”

Furthermore, he said, “The international investor community has recognised this development, resulting in Ghana, today, being the largest recipient of foreign direct investment in West Africa. The sovereign credit ratings agencies have upgraded our ratings and also improved the outlook for this year, notwithstanding the fact that it is an election year,” he emphasised.

According to the President, the foregoing records attest to the high “confidence in the current management of the economy, best illustrated by Ghana's successful issue of the longest-dated Eurobond ever issued by a sub-Saharan African country, with investors placing 15 billion United States dollars ($15 billion) of orders for Ghana's forty-one (41) year Eurobond.”

The seven-year bond, according to him, “attracted the lowest coupon rates ever for Ghana at 6.375%, compared with the 9.25% Ghana had to pay for a similar Eurobond issue in 2016.”

He was, therefore, not surprised Bloomberg recently highlighted Ghana as the top candidate for an economic leap in Africa.

He was sure “this expression of confidence is important because it will lead to enhanced investments in our economy, and the accompanying greater numbers of jobs.”

Even though he said he inherited a collapsing financial sector that had led to failing banks, and considerable agony to many people, he hinted that “the government is having to conjure GH¢13 billion to pay the 4.6 million affected customers of the banks.”

He, however, expressed the hope that lessons have been learnt, but assured Ghanaians, “We are going to hold those who have been responsible for these failures of financial institutions (the supervisors and management of these institutions) accountable, a process which has already started.”