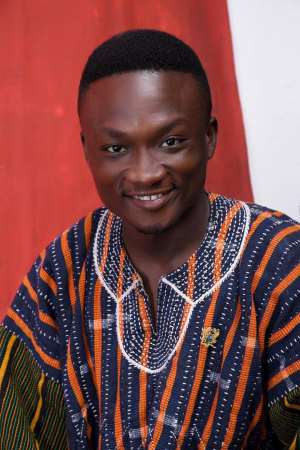 Undoubtedly, the New Patriotic Party is seen by most Ghanaians as the most elite political group with democracy and the rule of law as its basal building blocks.

The party’s policy is to liberate the energies of the people for the growth of a property-owning democracy with the right to life; freedom and justice as the principles to which the Government and laws of the land should be dedicated specifically to enrich life, property, and liberty of each and every citizen.

The party strives to bring together like-minded citizens of the country so that they may strive for Freedom and Justice by the appreciation and protection of human rights and the rule of law through the practice of true democracy. Can we ascribe these attributes to the party in recent times? What are the laid down precepts regarding the party’s internal elections and to what extent have these been followed?

The recent developments about the party’s primaries slated for 25th April have brought negative publicity and shame to party, its faithfuls and sympathizers alike. The high levels of dictatorship and monopoly by some constituency executives are simply nauseating and completely undermine the democratic basis of our party. Why will you deny members with good standing the opportunity of service?

The idea of some constituency and even regional leadership conniving with incumbent MPs to run the upcoming primaries uncontested is very unconstitutional and not in tandem with democratic and patriotic establishments of our revered party. The happening in the Asante Mampong constituency underscores the concept of “jungle law” which operates on the tangent of survival of the fittest.

A former legislator who once allowed for an open contest and eventually losing his seat is now being bullied in his attempt to recapture the constituency’s legislative powers. The very constituency leadership that is to ensure free and fair elections are now autocratically advocating for the incumbent to run unopposed, while other equally qualified persons have availed themselves for a competition. What type of democracy is this? Why are we preaching virtues and practicing vice? What picture are we painting in the minds of the younger generation of our party?

The Adansi Asokwa constituency saw the assault of the party’s constituency secretary after he failed to endorse the filling documents of one Mr. Sammy Binfoh. It is alleged yet true that the Constituency Secretary's failure to sign Mr. Binfoh's forms was triggered by an order from the incumbent. The posture of the incumbent should be condemned.

The legislative power of the constituency is not a traditional power that one can cling unto till death. Tyranny and oppressors rule always trigger lawlessness and violence and not in harmony with democratic setting and hence the need for proper introspection as a party to assiduously deal with this canker before it erodes the democratic aura of the New Patriotic Party and rendering it into political losses.

A similar situation can be seen at the Asante Akyem South Constituency where Mr. Kofi Ofosu Nkansah is being frustrated in his quest to contest for the MP spot. How are we socializing the younger generation on internal party politics? Why are some incumbent MPs begging to run unopposed in the upcoming primaries?

One of the striking utterances in the wake of these unfortunate happenings is a statement made by one senior member and a very experienced legislator about he being contested. According to him; he is indispensable and that it will be suicidal for our party when he is not maintained in the legislative house.

This proclamation is unwholesome and unfortunate. Is he saying there is no qualified person to render the services he is rendering and that he is the only elite his constituency can boast of? With this kind of posture by senior members of the party, what hope can the younger generation boast of? Was Sammy Gyamfi of the NDC right when he said the New Patriotic Party is for a selective few and that there is no hope for people with no political ancestry?

The New Patriotic Party is all we have and I am by this piece pleading with the national leadership to act quickly and sanction individuals who want to disgrace and render the party unattractive through these unconstitutional doings for the sake of posterity and the preservation of the party’s democratic traditions.

Tribal Conflict Looms At Osudoku Over Land Litigation
19 minutes ago

Election 2020: We’ll Deal With Trouble Plotters To Know That...
19 minutes ago