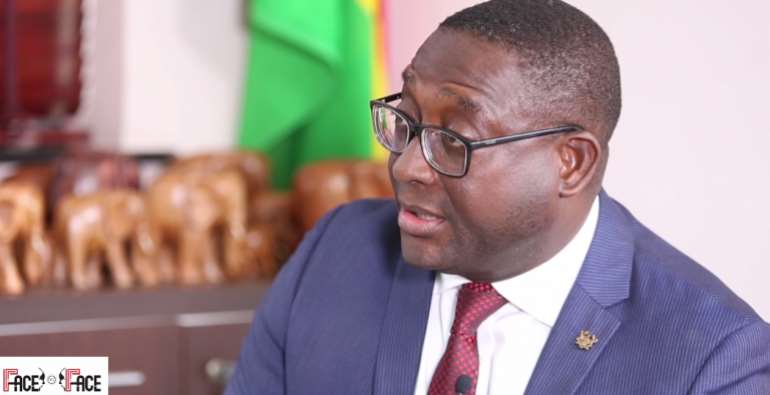 The Director of Communications of the ruling New Patriotic Party (NPP), Buaben Asamoa has taken on the Minority in Parliament for boycotting the State of the Nation Address delivered by President Akufo-Addo on Thursday, February 20.

He said the conduct of the members of the National Democratic Congress (NDC) was disgraceful and a huge disappointment to the followers of the party.

The members of the Minority caucus, clad in black, chanted parts of the national anthem as they walked out of the chamber shortly after President Nana Akufo-Addo assumed his seat in Parliament on Thursday.

“And help us to resist oppressors' rule with all our will, and might forevermore,” they chanted as they left the Chamber.

The Minority in Parliament explained that their walkout was in opposition to supposed threats against the democracy of the state.

They claimed that their action was in reaction to a number of decisions adopted by the government that poses a threat to the gains of the country’s democracy.

But Yaw Buabeng Asamoa, who is also the Member of Parliament for Adenta lashed out at the Minority.

“The NDC leadership has disgraced itself today, it has disappointed its followership and it has detracted from the democracy that we all want, however, we [NPP] stayed behind and we have enjoyed ourselves,” he told Citi News in an interview.

He further accused the flagbearer of the NDC, John Mahama of instigating the boycott.

He said the issue of the voters’ register which formed one of the basis for the minority’s boycott is not an issue they should still be contesting.

“Only the NDC is insisting on this old register. 64% of Ghanaians say they want a new register. The EC has demonstrated that it is practically impossible to go back to the new register… [Everybody supports the EC] except for the NDC who insist and then you come to Parliament, you are advised by John Mahama to abandon parliamentary proceedings and the entire group follow John Mahama’s advice and leave? What kind of leadership is the NDC faithful suffering? This is probably the worst collective leadership of the NDC I have ever seen,” he said.

“I think their absence enhanced the atmosphere in the room because it wasn’t unruly, it was serene, and it was beautiful,” he added.

Our past parliamentary boycott had legal basis

When confronted with the fact that the NPP boycotted parliamentary proceedings during the erstwhile NDC government, Yaw Buaben Asamoa said that action had legal basis.