A year on, what next for Algeria's 'Hirak' protests? 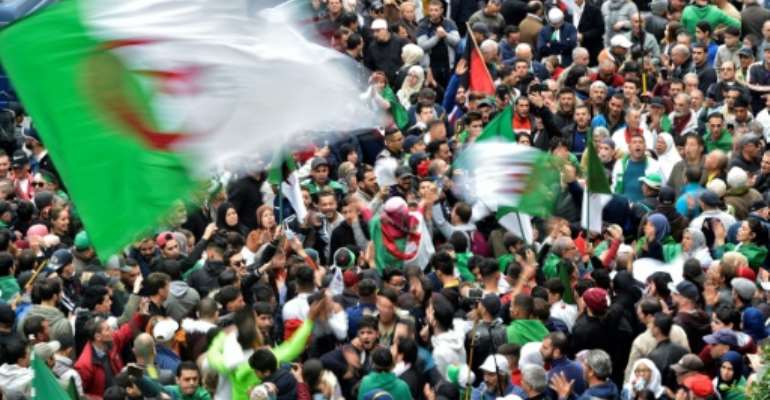 The December election of a regime insider to replace longtime president Abdelaziz Bouteflika has triggered questions about the future of Algeria's year-long "Hirak" protest movement.

The spontaneous and leaderless youth-dominated anti-government movement has been motivated by the slogan "let them all go" -- a reference to a political system deemed corrupt and inefficient.

But analysts say that key demand appears to have been buried since the election of Abdelmadjid Tebboune -- a former prime minister and member of Bouteflika's National Liberation Front.

So what next for the Hirak movement?

Should it negotiate with a president who is far from being the fresh face protesters demanded, even if he has himself repeatedly said he was ready to "extend a hand" to cooperate with them?

Should the Hirak build a solid structure for itself and designate representatives?

Experts say the movement is divided on all those questions and faces important decisions.

The protest movement is young "and everything it has done has been spontaneous", said Karima Direche, a historian and expert on contemporary issues facing North African countries.

They "have to learn to listen to each other, accept that opinions could be different and learn to negotiate in order to reach a consensus.

"We're not there yet," said Direche.

She said the Hirak has been "experimenting" since the movement first emerged on the scene in February 2019 to oppose a fifth presidential bid by an ailing Bouteflika.

Pressure from the street forced Bouteflika to resign in April but that has not satisfied the demonstrators who demand the departure of the entire political system in place in Algeria since independence in 1962.

Despite Tebboune's election, the protest movement is still seeking "political transition" in the oil-rich country and how to achieve it.

"We're stuck in something quite bizarre: there is still a mobilisation on the streets," said Direche, referring to the weekly Friday protests that continue to grip Algeria a year on.

"But there is a real difficulty to move on to something else," she said.

"The movement has important decisions to take," said Dalia Ghanem, a researcher at the Carnegie Middle East Center based in Beirut.

For her, Hirak members agree only on two things: the need for a complete overhaul of the political system and to keep the protest movement peaceful.

But they disagree on how to achieve that end and on who should lead the movement, Ghanem said.

The absence of leaders is undermining the ability of the protest movement to negotiate with authorities, she added. 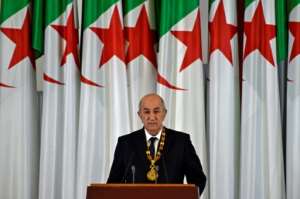 And, said Direche, there are no other "opposition forces who can take over" that task because unions, independent media and opposition parties do not really exist in Algeria.

The absence of leaders had been a positive for the protest movement because it prevented authorities from "coopting" the campaign, said Ghanem.

Pierre Vermeren, professor of contemporary history at the Paris 1 university, still sees a "peaceful" way out for the Hirak.

He proposes the formation of "political or civil associations to pave the way for local and national elections" and for candidates to "relay the message of the Hirak inside state institutions".

However, according to Ghanem, the political class appears to have regained the upper hand since Bouteflika's resignation on April 2.

Analysts says Algerians are reluctant to organise strikes or a civil disobedience campaign.

"They think twice" before embarking on such a path, said Direche, because of the dark history of political violence in Algeria, especially the decade of civil war in the 1990s.

Journalist Akram Belkaid predicts the process will be long but eventually prevail. "Sooner or later the regime will have to take notice," he said.