JymWrites: Three Reasons Ghana Will Be Quiet For A While 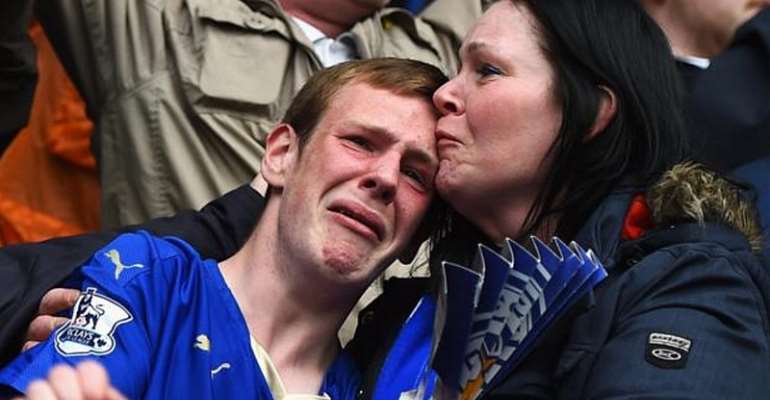 Most Ghanaians per their definition of what peace means believes that Ghana is one of the peaceful countries in this our chaotic world. A fraction of this may be true, I do not believe peace is only in the absence of war. It doesn’t matter the peace around us as long as we can’t enjoy inner peace.

It may be surprising to note that in the presence of peace, Ghana is one of the loudest countries in the world. Mind you, this loudness is not in economic development or the improvement in the living standards of Ghanaians; our loudness is in rather the rants and propaganda of political parties whose strategies are to jump on the neck of other political parties to win elections. Our political parties spend most of their lives planning how to criticize the opposition to voters so that they can win their votes in the coming elections. So instead of spending time to develop policies and procedures that will improve the lives of its citizens, our politicians are rather jumping on each other’s neck leaving them with no time to plan for the success of this nation.

We have all been witnessing this verbal war between the NPP and the NDC and this runs down to the local levels where party members pick up the fight relentlessly. They filled the air with accusations and strong oppositions; that for four good years in power, they come out with nothing because they had used all their time in office focusing on the opposition. All these contribute to the noise in this country.

You may recall that in late January, there were revelations by Airbus SE, a plane maker, that there was a scheme that made them pay an

amount of ­€ 5 million to some officials under the Mahama administration. Documents released by the Department of Justice (DOJ) of the US and the Serious Fraud Office (SFO) of the UK exposed bribery and corruption lead by the plane maker, Airbus where they paid millions as bribes to state officials of five countries including Ghana.

In the real Ghanaian scenario, this is a big win for the NPP; it is a big campaign message that will destroy the NDC, especially in an election year. We couldn’t have born the noise that would’ve followed this disgrace of a scandal but then before politicians could settle on this and pour some petrol in the fire, another thing happened; the missing excavators where 500 excavators seized by the minerals department from illegal miners have developed wings and flew back to some illegal miners and some influential members of the New Patriotic Party.

This seems like a good time to be a Ghanaian if you’ve had enough of the political noise. Ironically, both the NPP and the NDC cannot overlook or ignore their involvement in this criminal act and start heaping coals on each other’s head, so the best thing to do is to keep mute. Thanks to these two scandals, we have some peace to enjoy from the politics of insults.

It may seem like 2020 has been a good year for Ghana, apart from the political noise, there is one other group that most of us known to be everywhere with their poor analyses about something they know little about. There are at every sports centre to watch every game, not because they want to watch the game but because they want to make noise and create scenes even though the game in question doesn’t concern them. Still, wondering which group this is?

Okay, let me add some clues; this soccer season, they’ve played the red devils in about four games, in the recent one, they lost to the red devils with a two goals margin. “The blues”, Chelsea lost to Manchester United on the 17th of this month is one of the reasons the country will be quiet for a while. We take this moment to say a big thank you to Manchester United for this good virtue, we don’t care how you did it, we are just glad you did it.

By the way, “Shout-out to all Gunners” (laughs).