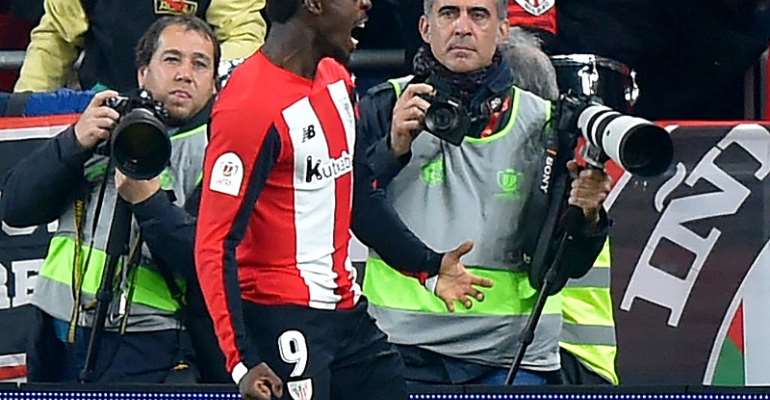 It was the night of the underdogs as Barcelona and Real Madrid both crashed out of the Copa del Rey against Athletic Bilbao and Real Sociedad respectively.

Barcelona fell to a 93rd-minute winner from Inaki Williams while Sociedad edged a seven goal thriller against Madrid who were without stalwarts such as Thibaut Courtois and Casemiro.

"It hurts," said Madrid coach Zinedine Zidane. "We have to be honest. Nobody likes a defeat."

Zidane omitted Gareth Bale from the squad and rested France international Raphael Varane for the match at the Santiago Bernabeu.

Wonder
Martin Oedegaard, on loan from Madrid at Sociedad, opened the scoring mid way through the first-half.

An Alexander Isak brace tripled the advantage before Marcelo pulled one back for the hosts on the hour mark.

Mikel Merino extended Sociedad's lead 10 minutes later before a late double from Madrid set up a grandstand finale in which Andoni Gorosabel was dismissed for two yellow cards within five minutes.

"It is only the second time in 32 years that we've reached the semis," beamed  Sociedad coach Imanol Alguacil.

"We were convinced we could do it. But we haven't achieved anything yet."

Sociedad and Athletic Bilbao join Granada and second division Mirandes for a semi-final draw on Friday shorn of big names.

Rarity
"There have been some surprise results," said Williams. "Sometimes you just have to have faith and heart."

The defeat at San Mames Barria capped a dreadful few days for Barcelona.

Skipper Lionel Messi entered a public spat with the club's sporting director Eric Abidal and France international striker Ousmane Dembele was effectively ruled out out for the rest of the season with a torn hamstring.

The setback was the second defeat in six games since Quique Setien took over from Ernesto Valverde.

"We deserved to go through," said Barcelona president Josep Maria Bartomeu. "The ambition and attitude I saw on the field encourages me for the league and the Champions League. Success can come."