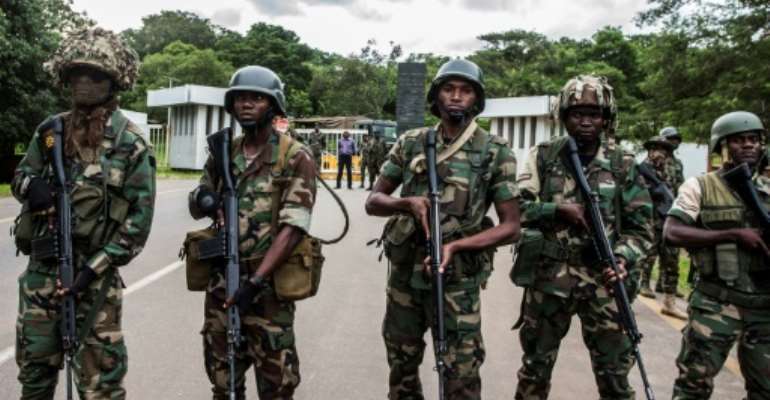 Allegations of vote-rigging have heightened tensions throughout Malawi. By AMOS GUMULIRA (AFP/File)

Malawi's constitutional court is set to rule next week on whether to annul controversial poll results that saw the re-election of President Peter Mutharika, a verdict widely expected to stoke turmoil.

The case has gripped the southern African nation and kept Malawians glued to radio stations for hours on end listening to live broadcasts of witnesses presenting evidence of alleged vote rigging.

Sporadic protests have broken out across the country since Mutharika was declared the winner by a narrow margin in May presidential elections with 38.5 percent of the vote.

Runner-up Lazarus Chakwera, who lost by just 159,000 votes, alleges he was robbed of victory.

His Malawi Congress Party (MCP) and the opposition United Transformation Movement (UTM) have petitioned the courts to annul the poll.

A panel of judges is scheduled to deliver the verdict on Monday morning.

It is the first time presidential elections have been legally challenged in Malawi since the country gained independence from Britain in 1964.

Protesters have been demanding the resignation of the electoral commission chief, and several demonstrations have turned violent.

"There will be winners and losers and we are not sure how the losers will react," said Malawian politics professor Michael Jana.

A number of schools and companies have closed for the week, fearing violence could erupt after the ruling is announced.

"Not necessarily change in leadership (but) change in attitude." 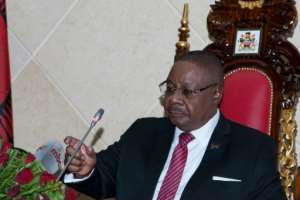 "The leadership on both sides of the political divide know they can no longer take people for granted."

Anger flared last month after Chief Justice Andrew Nyirenda claimed bribes had been offered to the five judges presiding over the case.

Both Chakwera and UTM candidate Saulos Chilima have urged supporters to maintain peace and accept the court's decision, regardless of the outcome.

"There is more that binds us than that which separates us," Chilima told reporters on Thursday in the capital Lilongwe.

"No matter which corner of this country we come from, we are a peace-loving people and we look out for each other."

Chakwera called on his supporters to welcome the ruling with "open arms" as a base for "rebuilding our nation".

Meanwhile, the army and police said additional security measures would be deployed on judgement day.

"Nobody should be worried about security," commander Vincent Nundwe told AFP.

"The army and the police will work together to make sure there is enough security in the country."

Opposition leaders allege the election's tally sheets were tampered with, even claiming that polling station agents used correction fluid to alter some results.

Mutharika has repeatedly dismissed their accusations and brushed off doubts about the official results. 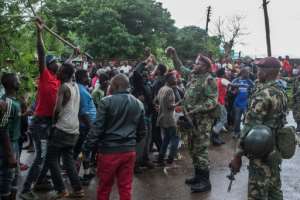 "The government urges all political parties in the country and other stakeholders to respect the rule of law," said spokesman Mark Botomani. "Destruction of the country is counterproductive."

If the judges rule in favour of the opposition, Mutharika's party is likely to appeal before the supreme court.

Law professor Danwood Chirwa said that process was likely to be settled within two months.

"If it takes longer than this there will be too much chaos," he told AFP.

Fresh elections are expected to be held 60 days after the constitutional court ruling if the appeal is unsuccessful.

A joint statement by British, American and several European ambassadors on Thursday referred to the verdict as a "pivotal moment" in Malawi's history.

It echoes a historic decision by Kenya's judiciary to annul presidential election results over claims of widespread irregularities in 2017.

"This impasse has held us back for a long time," said James Gobede, who sells dried goods in Blantyre's Limbe market.

"It is time the nation resolved this so that we can get back to normalcy."