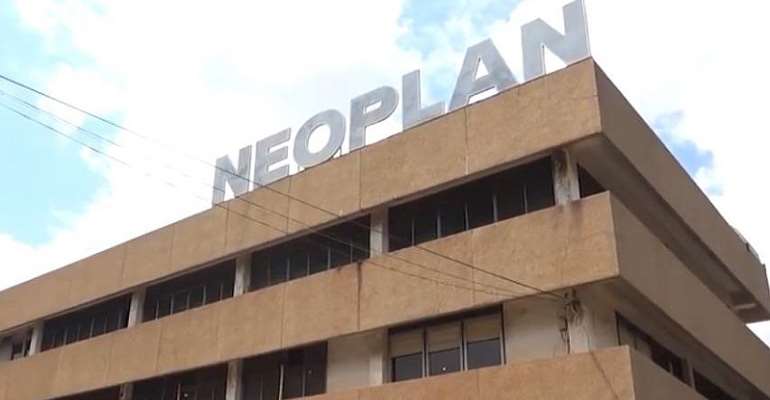 The Management of Neoplan Ghana Limited has sent a passionate appeal to President Akufo-Addo to save the company after the announcement of its imminent closure.

According to a letter addressed to the presidency and sighted by Citi News, “the Company is about to officially close down by 31st January 2020 due to lack of financial support and contracts from our majority shareholder, Government of Ghana”.

In the letter, the company highlighted the reluctance of several governments to award them contracts which has “negatively affected the productivity of the Company.”

They further pleaded with President Akufo-Addo to come to their aid as the collapse of the firm would have a huge effect on the Ghana Beyond Aid agenda. 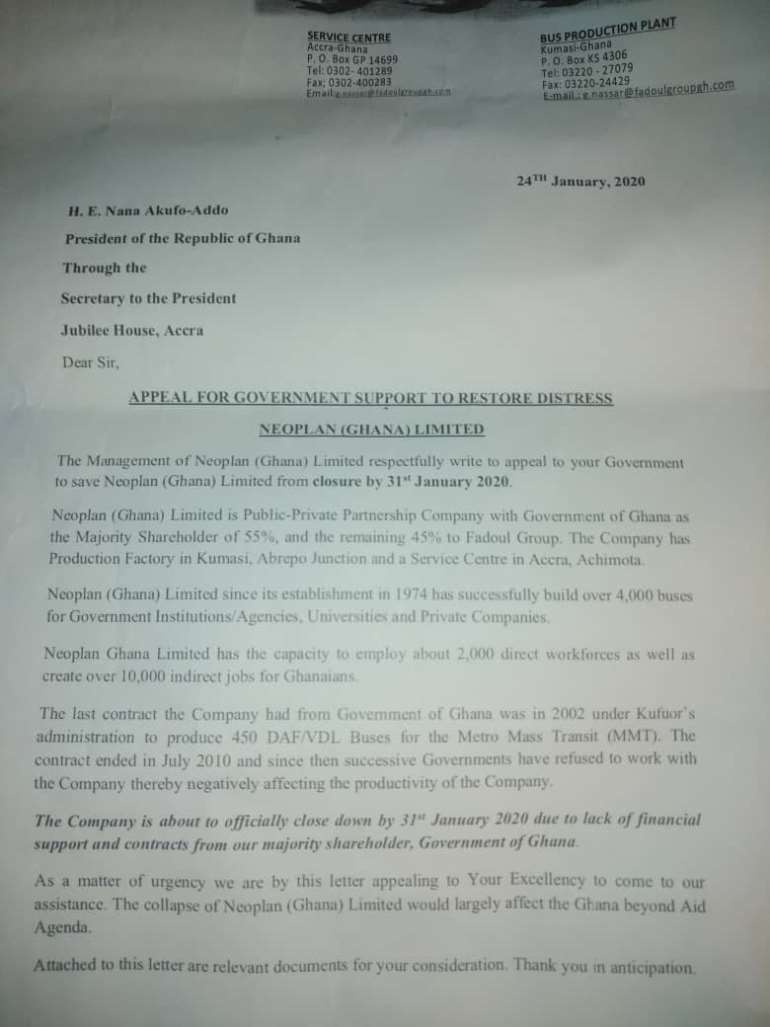 Neoplan Ghana Limited had earlier announced a total shutdown on Friday 31st January because it was not capable of working effectively due to continuous debts it kept incurring.

According to the company, the decision was influenced by the inability of the minority shareholder, the Fadoul Group, to continue funding the company on its own, while the government had stopped performing its duties as the majority shareholder.

Workers of Neoplan, complaining about the state of the company for years now, expressed fear of being laid off following this decision to shut down the firm.

“I’m even afraid that just tomorrow I can be sacked from the Company because of the rundown of the Company. Because we are looking forward to being paid all the time, but if the managerial team is not getting any money, it becomes hard for them to sustain the workers. All they would have to do is to send us home,” Simon Darkwa, the Head of the Locksmith Department of the firm said.

Chief Accountant of the company Samuel Eghan speaking to Citi News said that the company should have been shut down a long time ago but for the reason of retaining their workers for future contracts since they still had hope of receiving new contracts.